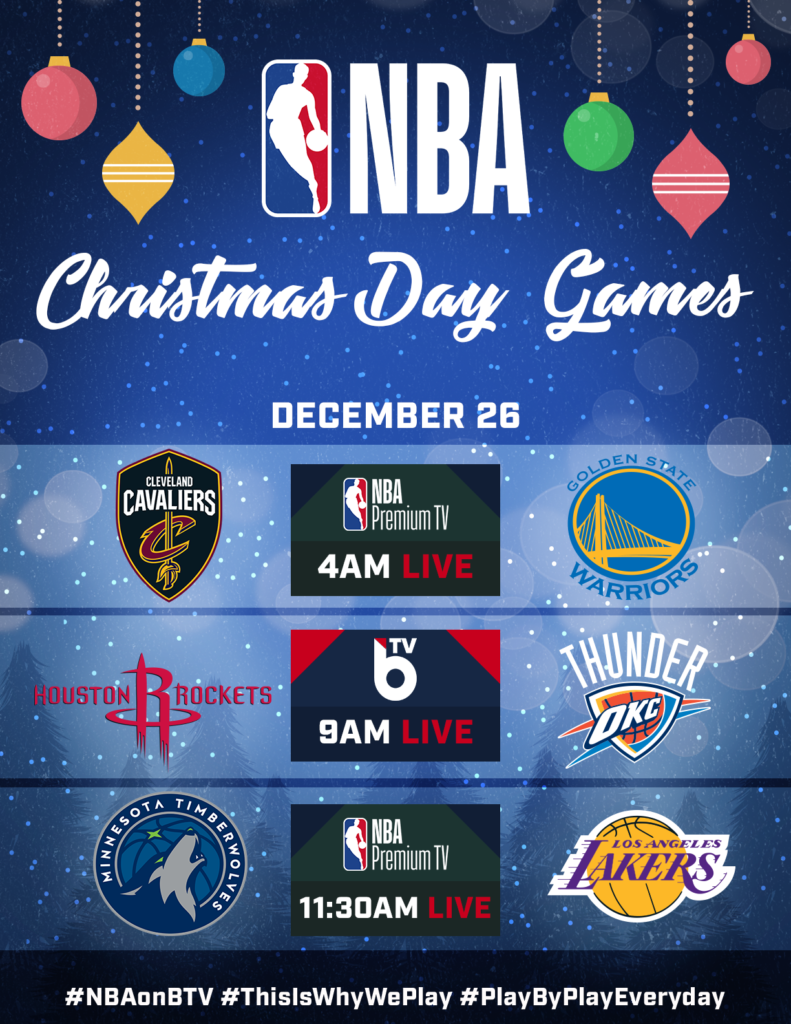 Notable NBA games have been a staple hardcourt action during Christmas Day. Rival teams, compelling storylines and rematch of the NBA Finals are some of the games that are scheduled this year.

Solar Entertainment, through BTV and NBA Premium TV, guarantees NBA fans in the Philippines to never miss the action and get their basketball fix on this special day.

Tune in on December 26 and don’t miss the following games:

Houston Rockets vs Oklahoma Thunder
LIVE at 9 AM on BTV

These 2 Western Conference Powerhouse teams were the busiest in the off-season as they acquired All Stars to bolster their lineup with Houston trading for Chris Paul and the Thunder trading for Paul George and Carmelo Anthony.

LIVE at 4 AM on NBA Premium

Now with Kyrie moving over to Boston; Cleveland remains to be a worthy contender against the defending champions with a retooled roster and still the arguably best player in the league Lebron James. Golden State on the other hand still has that intact lineup from last season featuring 4 All Stars in Stephen Curry, Klay Thompson, Draymond Green and last season’s Finals MVP Kevin Durant.

This game puts the spotlight on young and up & coming superstars Lonzo Ball & Brandon Ingram of LA, who happens to be the back to back 2nd picks of the NBA Draft, as they go head to head with Rookie of the Year winners from 2015 & 2016 Andrew Wiggins & Karl Anthony Towns of Minnesota.

With Basketball TV and NBA Premium TV, we bring all the NBA action right at your doorstep #PlaybyPlayEveryDay #ThisIsWhyWePlay #NBAonBTV.

Contact your local provider now to subscribe to Basketball TV and NBA Premium TV and never miss an action throughout the whole NBA season. In as estimate, games to be aired combined for both channels are at 600 from the Regular Season to the Finals.