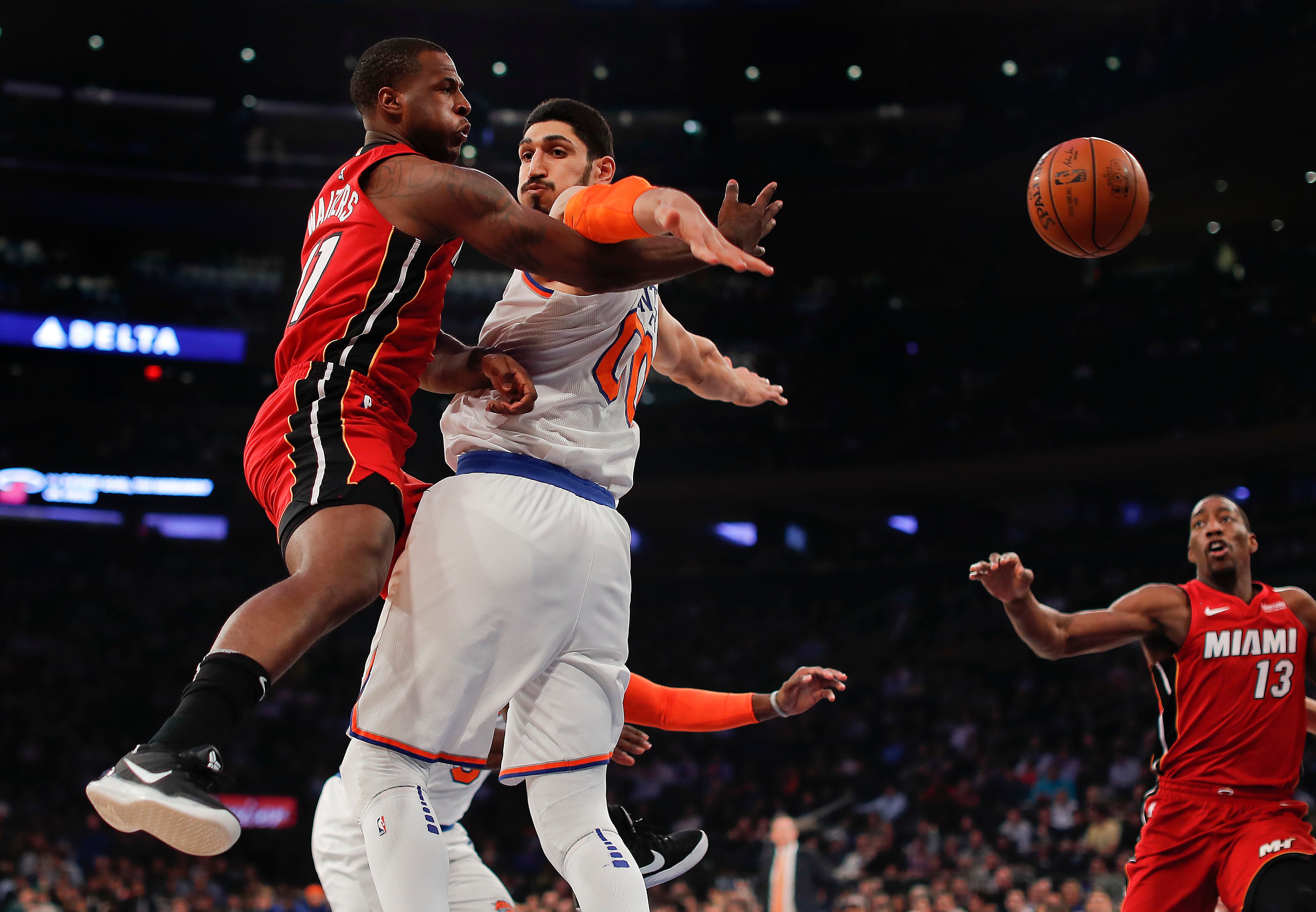 MIAMI — Dion Waiters will consider having surgery this offseason to repair his problematic left ankle, conceding Tuesday that it probably won’t be fully healed until such a procedure takes place.

The Miami Heat guard missed his second straight game Tuesday because of a recurrence of the sprain that kept him off the floor for the final 13 games of last season. There’s no timetable for his return, though Waiters he does not expect this absence to be like the month he missed when he first sprained the ankle last March.

The ankle never fully healed, and Waiters has been dealing with it all season.

“I’ve played through it, though,” Waiters said. “I’ve got to. I’m not making any excuses. It is what it is. It’s something I don’t like to talk about because there’s nothing we really can do right now but try to take care of it, get it stronger, things like that. I don’t want to be in this predicament where it’s a little tweak you’ve got to miss a decent amount just off a little tweak. That sucks.”

He was adamant that surgery will not take place before the Heat season ends.

Waiters is averaging 14.3 points this season for the Heat, and most of his stats are fairly comparable to a year ago — except 3-point shooting, where he was at nearly 40 percent last season and is barely at 30 percent this season.

The Heat share Waiters’ optimism of a quick return to the lineup. He got hurt early in Miami’s game against Dallas on Friday on a drive in the lane where the ankle just appeared to give way, then sat out against New Orleans on Saturday and was inactive for Tuesday’s game with Orlando.

“He will continue to do rehab, treatment and conditioning and see when we can get him back on the court,” Heat coach Erik Spoelstra said. “I don’t think it is as bad — but I’m also not a trainer or a doctor.”

Waiters considered surgery last summer, deciding against it because he would not have been ready for the start of this season. He said when the time comes he’ll discuss with his family and advisers how best to proceed.

“Until I take care of it and do what I was supposed to do with it, even if I have a little sprain it’s going to be severe,” Waiters said. “I didn’t even do anything when I twisted it. I just twisted it.”

The Heat have been dealing with plenty of injury woes all season. Hassan Whiteside returned to the lineup Tuesday after missing 11 games with a bone bruise in his knee, Justise Winslow remains out with a knee strain, Goran Dragic is playing through elbow pain and James Johnson missed a week with right ankle bursitis — and is now out again with a flare-up of the same problem.

Plus, Rodney McGruder has yet to play this season with a stress fracture in his leg.

“We believe in each other, man,” Johnson said Tuesday after some light court work, a part of his rehab. “We believe not one man makes up this team, not two of us, not three of us. And we always have enough every night. So whoever suits up, that’s enough to get the job done that night. And I firmly believe it and I know everybody who’s playing tonight and strapping up, they believe that.”