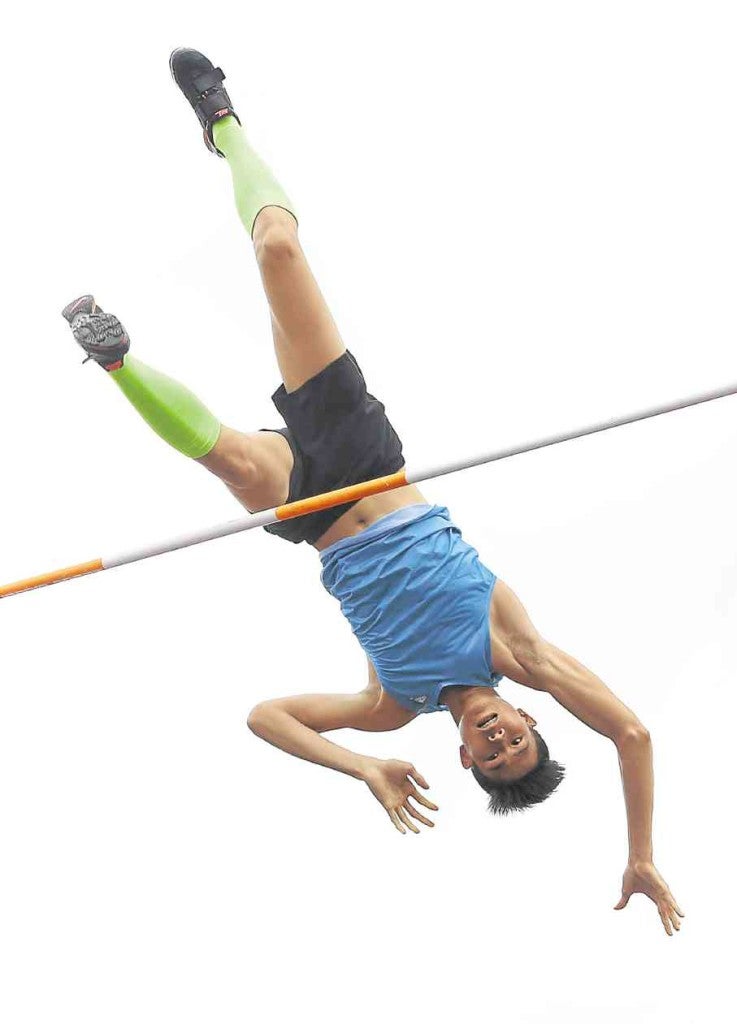 The pain of his aborted Southeast Asian Games stint still haunts him but Ernest John Obiena is determined to come back strong in time for the Asian Games in August.

Just when everybody was expecting Obiena to win the SEA Games pole vault gold last August, he sustained a knee injury two days before his flight to Kuala Lumpur.

That gold was eventually won by a Thai on a winning leap of 5.35 meters.

“I am still frustrated, and sometimes feel depressed, with what happened,” said Obiena.

The 22-year-old from University of Santo Tomas said he’s now in the the power phase of recovery.

“Slowly getting there, except that we can never know what would happen between now and then,” said Obiena, whose personal best is 5.55 meters.

Obiena’s rehabilitation and training are aimed at one thing: Go to the Asian Games.

“I don’t want to just qualify. I want to win the Asiad gold medal,” said Obiena, who is under the guidance of athletics patron and coach Jim Lafferty.