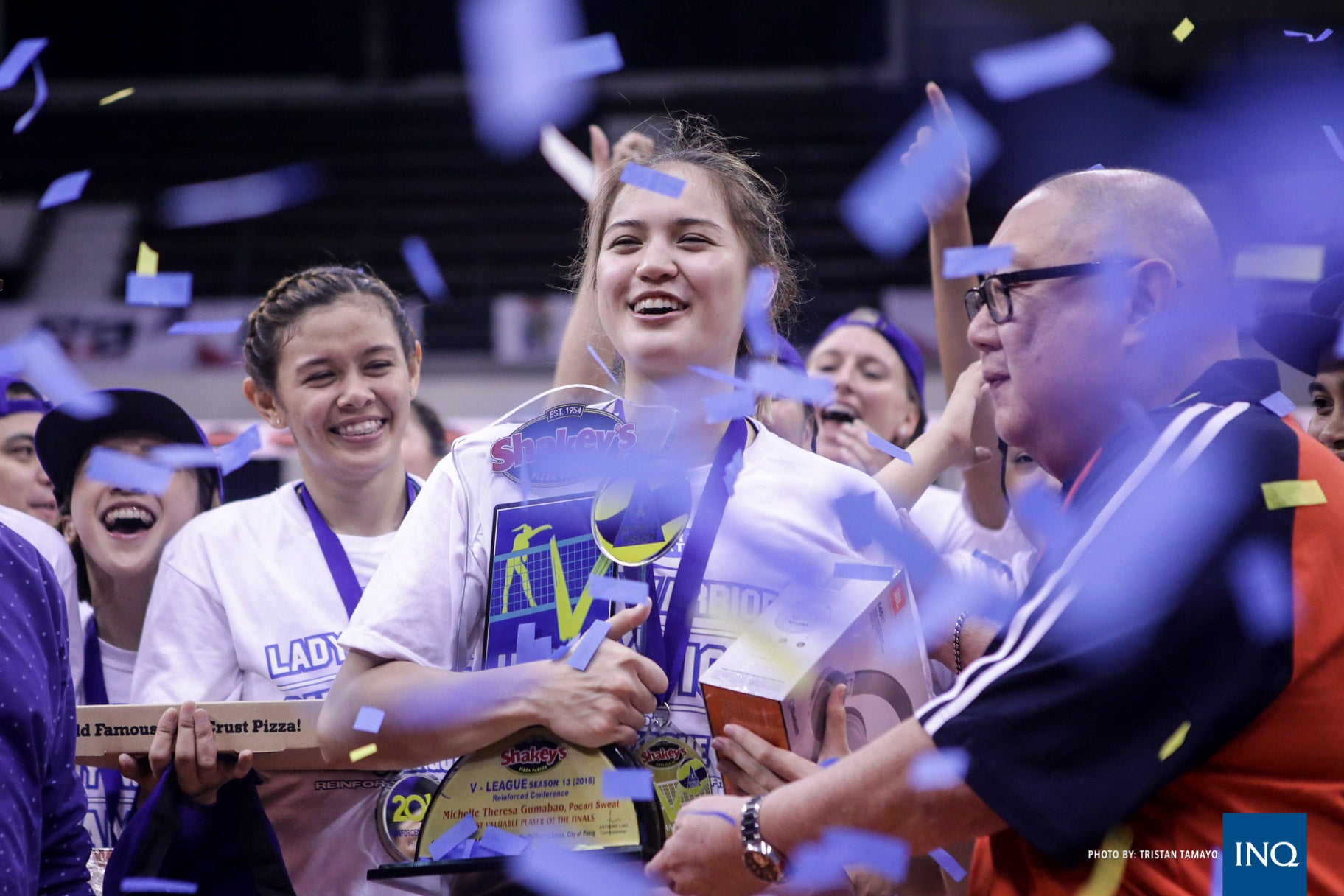 Creamline pushed its stockpile of star players to higher levels after it acquired Michele Gumabao and Melissa Gohing in a single day of signing.

The Cool Smashers posted a teaser on its Facebook page with all the clues pointing to the two former De La Salle aces.

Gumabao was the UAAP’s Best Blocker in Seasons 73 and 74 before winning the MVP plum in Season 75, all championship-winning years for the picturesque hitter, while Gohing was Season 71’s top rookie and was a four-time champion.

The two joins a Creamline squad that boasts multi-time MVP Alyssa Valdez, who won three in the UAAP and four in the Premier Volleyball League, Risa Sato, Jia Morado, and Cesca Raqraquin.

This signing marks Gumabao’s return to the PVL after leaving Pocari Sweat in 2016 to play for Cocolife in the Philippine Super Liga while Gohing leaves the Lady Warriors, the club she played for in three years.

The two were teammates back in 2015 when they played for Philips Gold in the PSL where they gave the Lady Slammers two bronze medals in the All-Filipino Conference and Grand Prix.

Gumabao and Gohing also won hardware in the PVL when they led Pocari Sweat to the Open and Reinforced Conference titles.