Thai stays ahead of Ikeda, Ardina 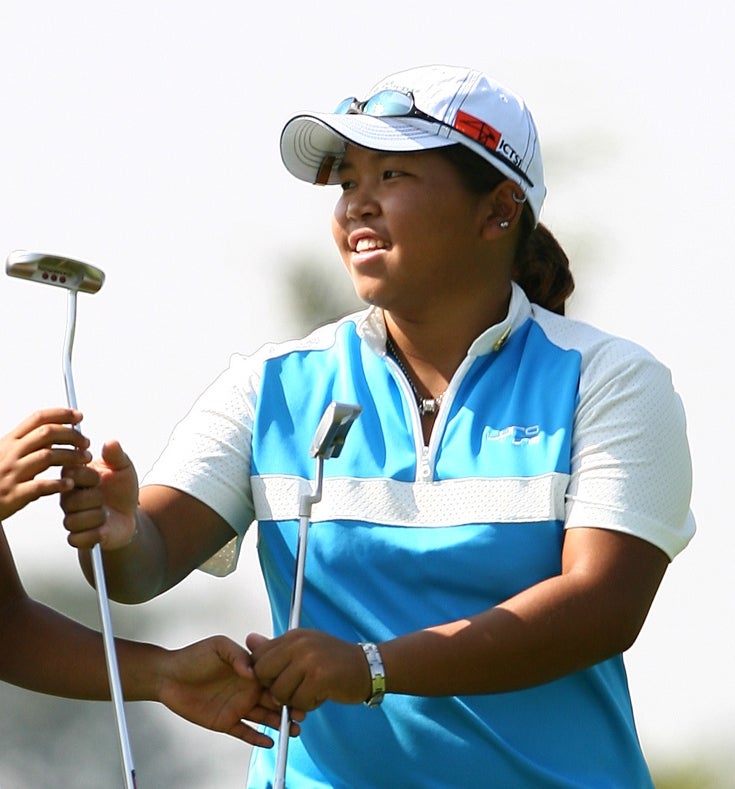 Yupaporn Kawinpakorn withstood the late assault of Chihiro Ikeda and Dottie Ardina with a closing birdie on Wednesday, giving her another three-under-par 68 and a one-shot lead going to the final round of the ICTSI Beverly Place Ladies Classic in Mexico, Pampanga.

Her third birdie at the back pushed the Thai on top of Ikeda, who birdied her last two holes, and Ardina, who birdied Nos. 15 and 18, with a 36-hole total of 136.

Pulled down by a bogey-bogey start, Ikeda settled for a 69 and a 137 total, one up on Ardina, who shot a bogeyless 67, the day’s best, for a 138 aggregate that paved the way for a three-cornered title fight in the P750,000 event on Thursday.

The Thai, bidding for a followup to her two-stroke triumph at South Forbes in the 2017 season-ending LPGT event last month, is bracing for the charge of both Ikeda and Ardina

“I played so relaxed today (Wednesday) and my irons and wedges contributed to my good score,” said Kawinpakorn, adding she’ll need to play smarter and capitalize on birdie opportunities to bag the top purse of P154,000.

Ikeda remained confident of her title chances, but hoped her irons would tick and her putting would continue to click.

“I struggled with my irons at the front but the good thing was my putting clicked,” said Ikeda, seeking to score another victory after ruling the Forest Hills leg last November. “I’ll just play my game tomorrow (Thursday) and try not to put pressure on myself.”

Ardina, on the other hand, is pinning her hopes on a steady touch on the greens: “You need to have a good read and a firm putt to score here,” said Ardina. —ROY LUARCA