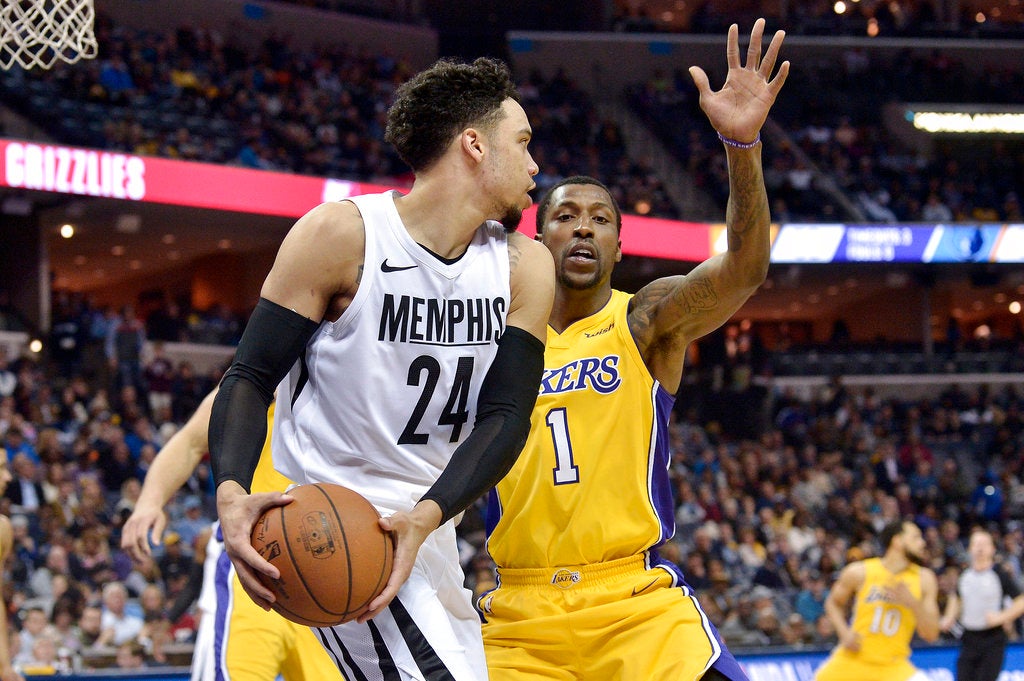 Marc Gasol had 17 points and seven rebounds for Memphis, while Tyreke Evans had 15 points and 12 assists. Wayne Selden and James Ennis III added 13 points each.

The Lakers ended a four-game winning streak. They were without Lonzo Ball, who injured his left knee in Saturday’s overtime win at Dallas, and Brandon Ingram also didn’t play because of a left ankle sprain.

Kentavious Caldwell-Pope led the Lakers with 27 points, while Kyle Kuzma finished with 18. Josh Hart had 16 points, including 10 in the fourth quarter when Los Angeles cut a 20-point lead down to single-digits in the final minutes.

The Lakers had held opponents to an average of 95.3 points over their four-game winning streak, but none of that defensive strength showed Monday. Memphis made its first five shots from outside the arc and was still shooting 60 percent from the field four minutes into the second quarter.

The Grizzlies led 60-50 going into the break.

Lakers: Los Angeles signed G Gary Payton II to a two-way contract. He appeared in 12 games for the Milwaukee Bucks, six of them starts, averaging 2.5 points and 1.4 rebounds. He scored four points in 12 minutes against Memphis. … The Lakers have lost seven straight road games in the series, and their last win in Memphis was in December 2013.

Grizzlies: This was the 16th annual game for the Grizzlies on Martin Luther King Day. King was killed on April 4, 1968 at the Lorraine Motel a short distance from FedExForum. … The Grizzlies are now 7-9 on games surrounding MLK festivities. … The Grizzlies honored former NBA players Sam Perkins, James Worthy and Anfernee ‘Penny’ Hardaway, along with WNBA player Swin Cash with the 13th Annual National Civil Rights Museum Sports Legacy Awards. … F Deyonta David recorded his third block – a career-best – in the second quarter. He ended the night with five blocks.

Lakers: Close out a three-game trip at Oklahoma City on Wednesday night.