Out of Adamson, Robbie Manalang tries to make waves with new team 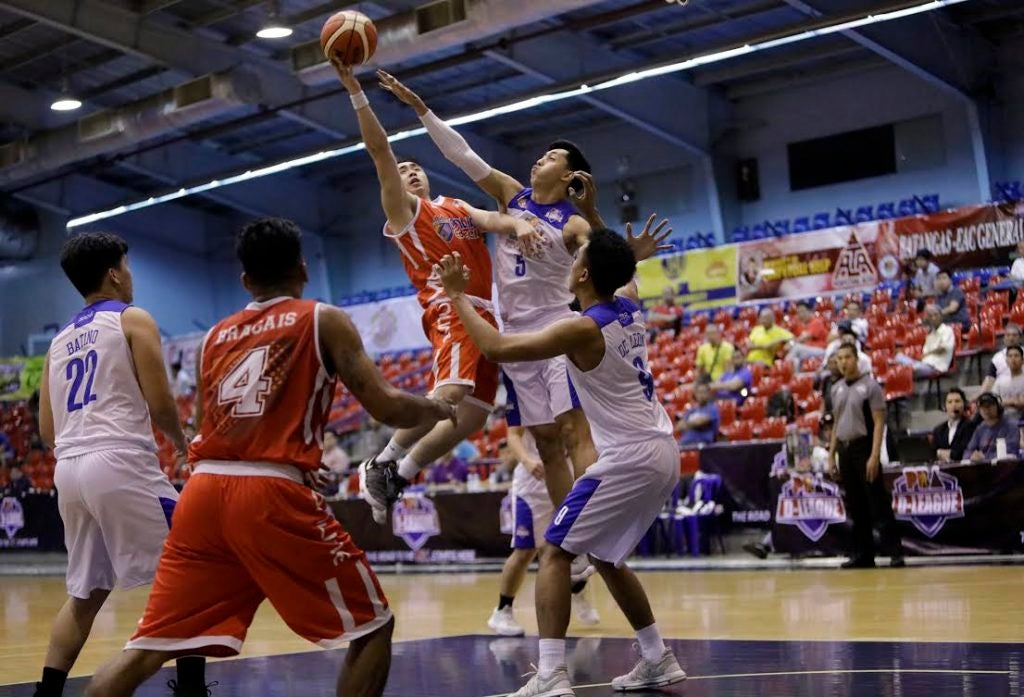 For the longest time, everyone expected Robbie Manalang to have one last run with his fellow Falcons with Akari-Adamson in the 2018 PBA D-League Aspirants’ Cup.

The Fil-Am guard, however, found himself on the outside looking in.

“I think Akari made a decision that they wanted to play with their rookies,” he shared.

It would be understandable if Manalang harbored some kind of anger towards his former team, but the 24-year-old isn’t wired that way as he remained gracious to the Falcons.

“That’s ok and I totally understand that. I wouldn’t be the same player I am today without them,” he said. “I know coach Franz (Pumaren) wants his team to be ready for the UAAP. I wish them the best.”

Manalang did well in his first game outside of the confines of Adamson, lighting up for 28 points, three rebounds, three steals, and two assists in his 38 minutes of action for new squad AMA Online Education.

Though his debut was spoiled by Che’Lu Bar and Grill-San Sebastian’s come-from-behind 83-79 win on Thursday, the 5-foot-7 playmaker shared that he couldn’t feel more at home with the Titans.

“It’s a good group of guys here. They’re playing really hard, so it was easy for me to come in here and play my game. Coach Mark (Herrera) puts a lot of trust in me, so I just have to go there and play as hard as I can,” he said.

Manalang knows that it would take time for him to fully jell with the team and for the AMA to collectively mesh as a unit given its inexperience. But he said that it shouldn’t be used an excuse with the Titans yet to crack in the winning column after three games.

“We’re still a new team. I’m new to the team, too, and I just started practicing with them week ago. We’re still trying to learn how to gel with each other. But we still want to get the W. Hopefully by next game, we’ll be a lot better,” he said.

As for that imminent clash between AMA and Akari-Adamson on March 1, Manalang said that he’s looking forward to it and would love to gain that victory over his former team.

“I wouldn’t say extra motivation but of course, I’m a competitor. Every time I step onto the court, I wanna play. And I’d love to play against those guys. I did it for two years, every day in practice, so I’m excited,” he said.