Nadal expects to be fit to play in Acapulco this month 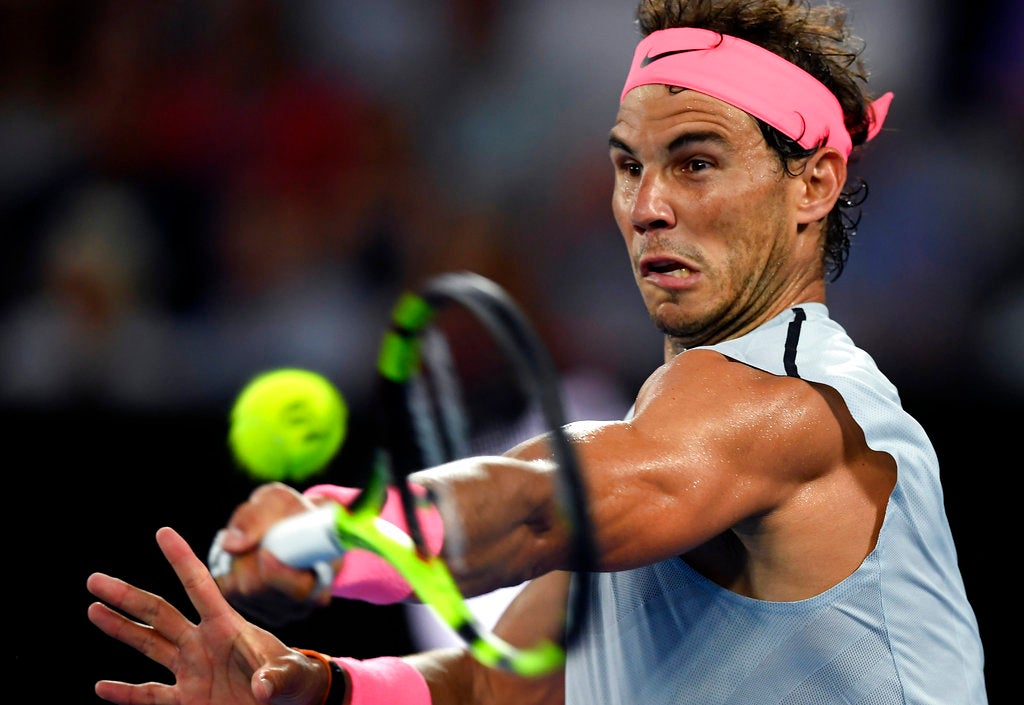 FILE – This is a Tuesday, Jan. 23, 2018 file photo of Spain’s Rafael Nadal hits a forehand return to Croatia’s Marin Cilic during their quarterfinal at the Australian Open tennis championships in Melbourne, Australia, Tuesday, Jan. 23, 2018. Nadal said Monday Feb. 5, 2018 that he is recovering well from the muscle injury that forced him to retire in the quarterfinals of the Australian Open last month. (AP Photo/Andy Brownbill/ File)

MADRID — Rafael Nadal says he is on track to returning to the ATP Tour in Acapulco this month.

The top-ranked Nadal says on Monday he is recovering well from the left leg muscle injury that forced him to retire in the Australian Open quarterfinals last month. He was in the fifth set against Marin Cilic.

Nadal says he is undergoing intensive treatment to make sure he is fit to play in the Mexico tournament which starts on Feb. 26.

Nadal was in Madrid to inaugurate a sports medicine clinic dedicated to tennis.