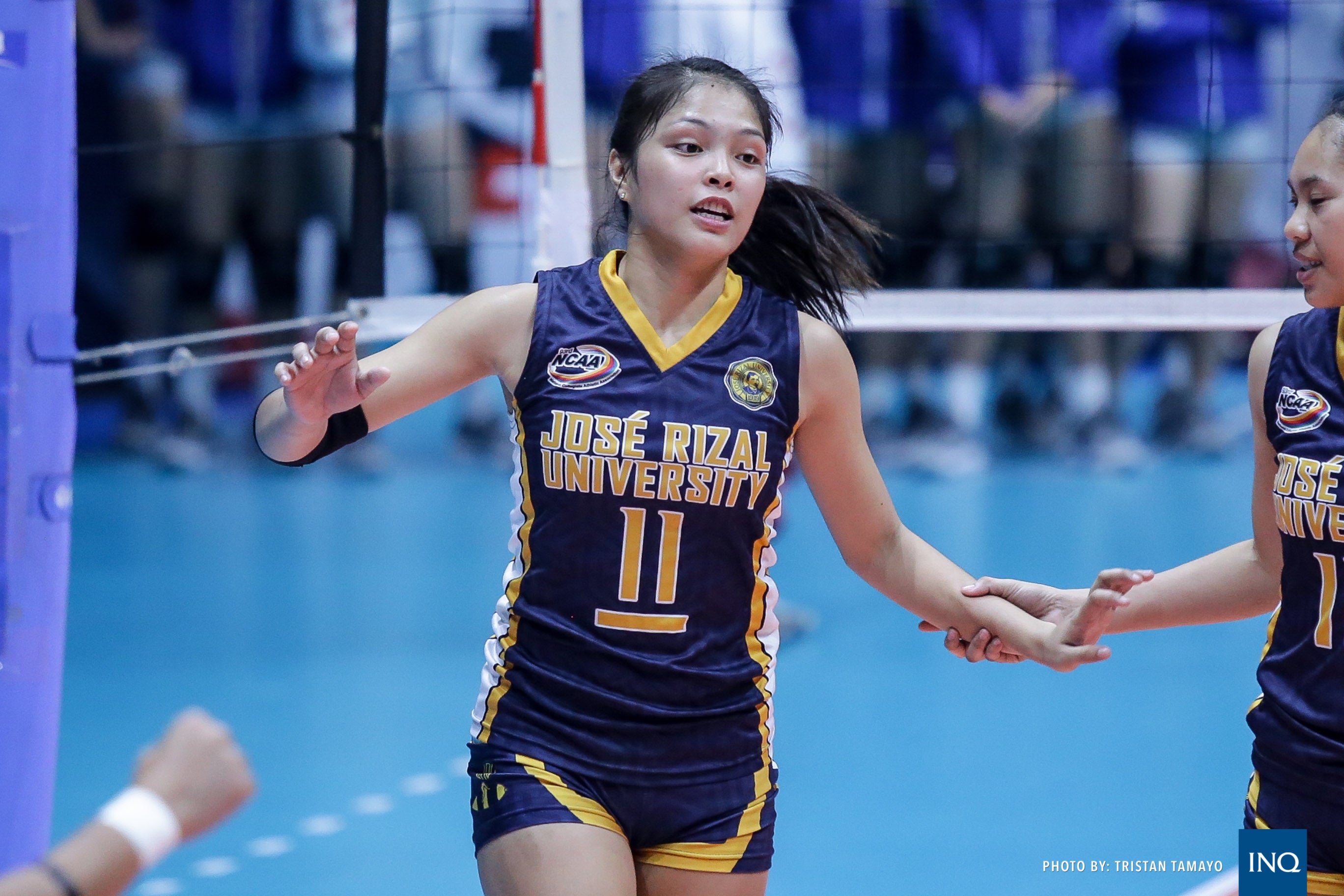 JRU’s first captain to lead the Lady Bombers to the Final Four captured the MVP plum of the NCAA Season 93 women’s volleyball tournament.

Alvarez, who averaged 21.3 points a game, was the face of a JRU team that went 6-3 in the preliminaries and finished as the fourth seed in the season.

“It’s all worth it,” said Alvarez who ended her collegiate career as, what JRU head coach Mia Tioseco said, the benchmark of all future Lady Bombers.

Alvarez’ rookie teammate Dolly Verzosa was named as the 2nd Best Outside Spiker.

Joebert Almodiel ruled the men’s division as he won the MVP, Rookie of the Year, and 1st Best Outside Spiker plums while representing the undefeated Altas. San Beda’s Mark Enciso won the Best Opposite Spiker while his teammate Limuel Patenio was the 2nd Best Middle Blocker.

In the Juniors’ division, Perpetual’s Kirth Rosos was named the MVP while teammate Noel Kampton was the 1st Best Outside Spiker.

Catris’ teammate John Lorenzo was the awarded the Best Opposite Spiker plum.