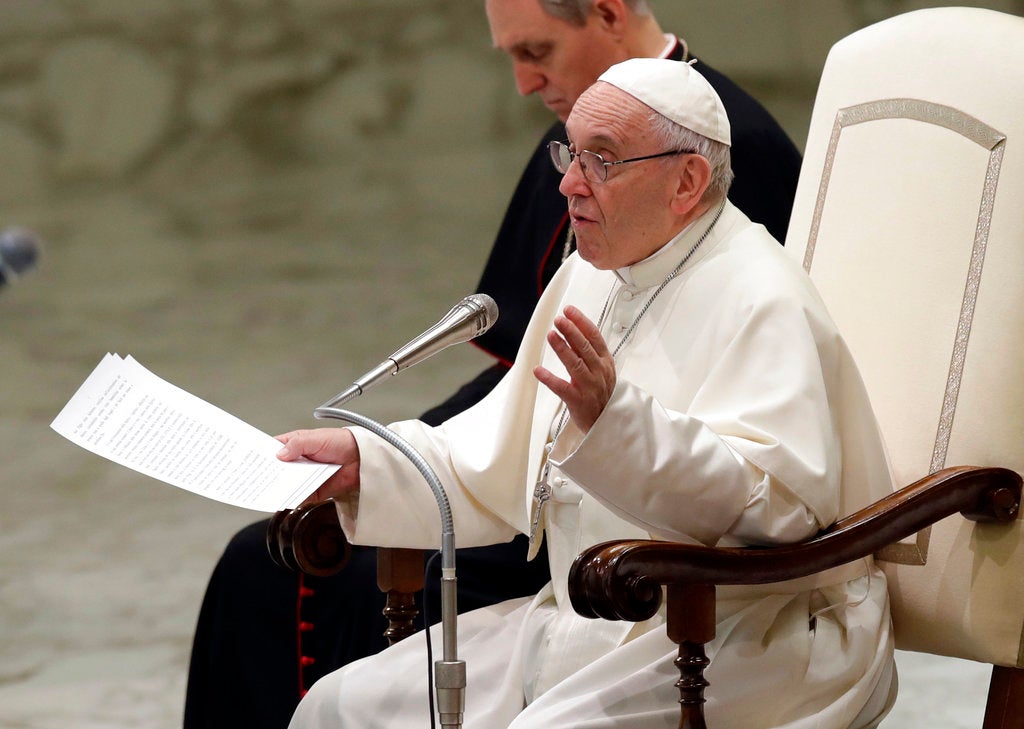 VATICAN CITY — Pope Francis has praised the Pyeongchang Olympics for showing that sport can “build bridges between countries in conflict and give a valid contribution to peace.”

Francis delivered the message during his general audience Wednesday ahead of the start of the Paralympics. Francis praised the paralympic athletes as “examples of courage, perseverance and tenacity in not letting limitations have the last word.”

During the recent Winter Olympics, North and South Korean officials met, and a summit is now scheduled for the first time in a decade.

Francis, who has expressed repeated alarm about the prospects of nuclear conflict on the Korean peninsula, said the just-completed games showed how sport can bring peace, and the paralympics even moreso.

He offered prayers “for peace and joy for all.”