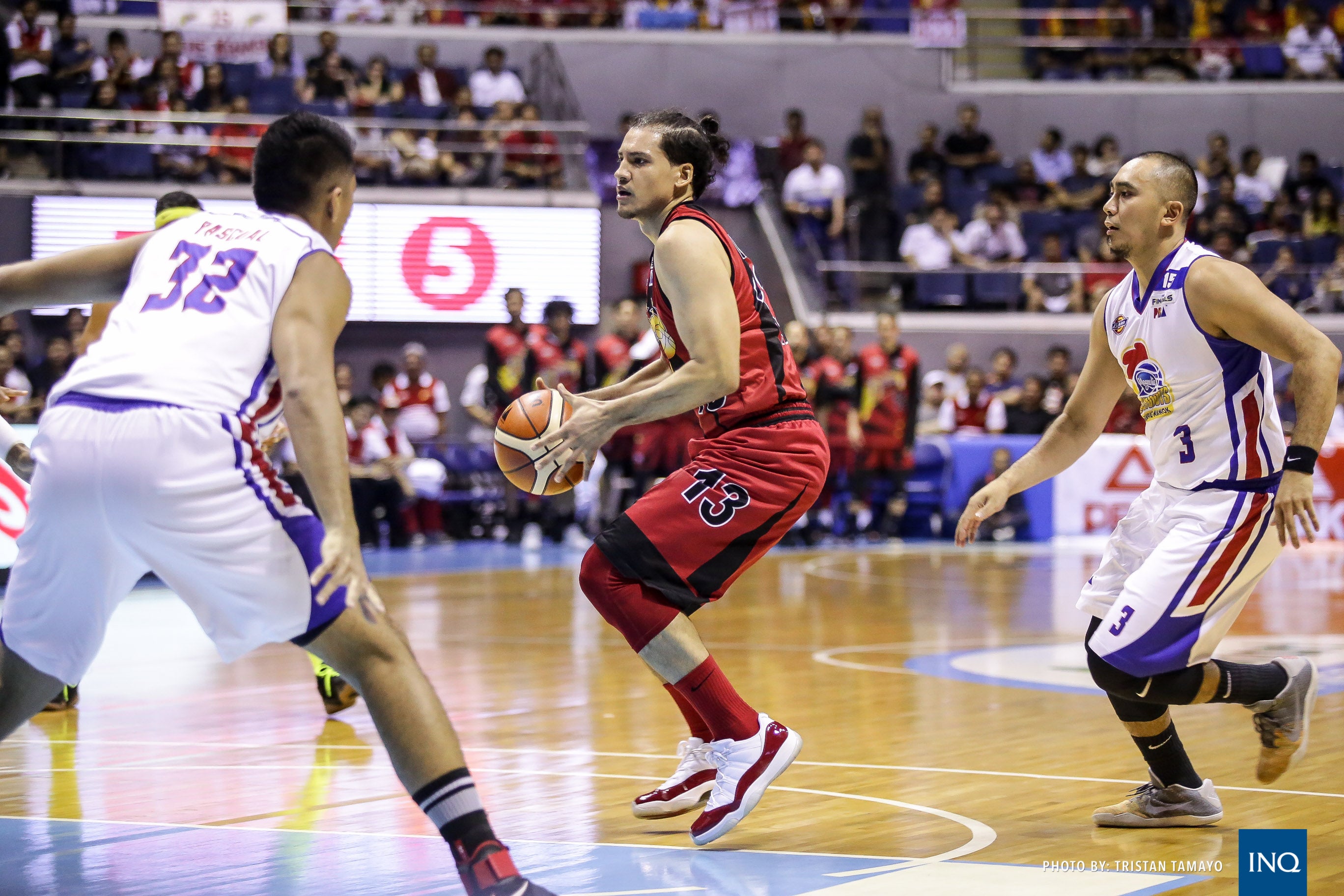 San Miguel has been in the Grand Slam conversation the moment it won two titles in the 2014-2015 season.

In fact, the Beermen are a perfect 5-of-5 in their championship series from the 2015 Philippine Cup until the 2017 Commissioner’s Cup.

This level of dominance has put San Miguel under an immense amount of pressure, especially that the Grand Slam has still eluded this crop of Beermen, but that attention on the team is something the players actually relish.

“I think the motivation behind this all is to strive for excellence and I think it’s good that we always have that pressure of being in the finals every conference,” said Lassiter Wednesday at the team’s practice gym at Acropolis..

What also fuels the fire is the chance to become the best local team the league has ever seen, and they have a chance to do that with an unprecedented fourth straight Philippine Cup title.

The Beermen have a worthy Finals opponent in Magnolia,  the team that last completed the league’s Grand Slam in 2014, and so far, the Hotshots have proven they can put up a winning stand against the defending champions with the best-of-seven series tied at 1-1.

Lassiter has been filling up the stat sheets for San Miguel so far against the Hotshots, averaging 18.5 points, 3. 5 rebounds, 2.5 assists, 1.0 steals, and 1.0 blocks, and don’t expect him to slow down.

“I really think that the winning aspect and the only way to be known as a great team, or the greatest ever, is you got to win championships. No one remembers the second place. And I think winning is the most important thing to do if you know about the aspect of being the greatest team ever.”