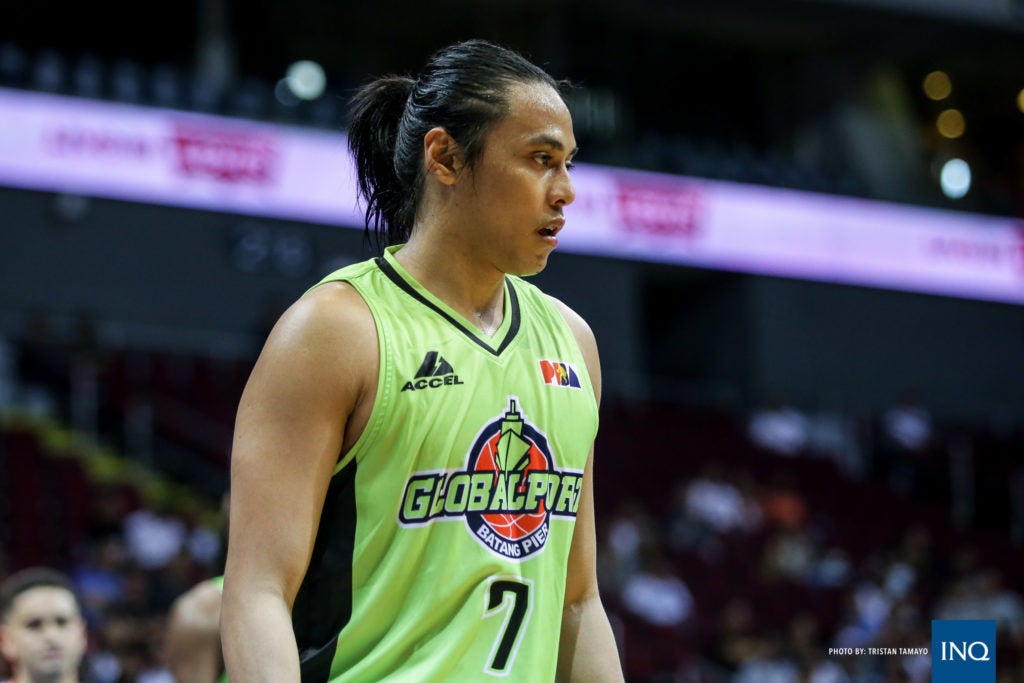 GlobalPort guard Terrence Romeo during the Batang Pier’s game against the Alaska Aces on Sunday, June 4, 2017, at Mall of Asia Arena. Tristan Tamayo/INQUIRER.net

Terrence Romeo’s dramatic chapter as a member of GlobalPort has finally come to an end after he was shipped to TNT on Tuesday.

The three-time Scoring Champion was sent to the KaTropa together with Yousef Taha as the Batang Pier received Mo Tautuaa alongside TNT’s 2020 first round pick and 2021 second round pick.

The Office of the Commissioner approved the trade on Tuesday.

Speculations about Romeo’s exit from GlobalPort had been going on for the longest time and talks intensified during the team’s 79-86 defeat to Magnolia in the 2018 PBA Philippine Cup quarterfinals where Romeo had a shouting match with Batang Pier head coach Pido Jarencio.

Though the two seemingly buried the hatchet after the exchange, rumors still swirled about the possible departure of Romeo especially with TNT’s relentless pursuit of the former FEU guard.

Romeo played only two games in the 2018 Philippine Cup due to a knee injury and averaged only 17.0 points. The Batang Pier went 0-2 since his return.

He will be reunited with his former coach Nash Racela and fellow Tamaraws Roger Pogoy and RR Garcia in the KaTropa camp.

Tautuaa, meanwhile, hasn’t really lived up to the expectations as TNT’s top overall pick in the 2015 PBA Draft.