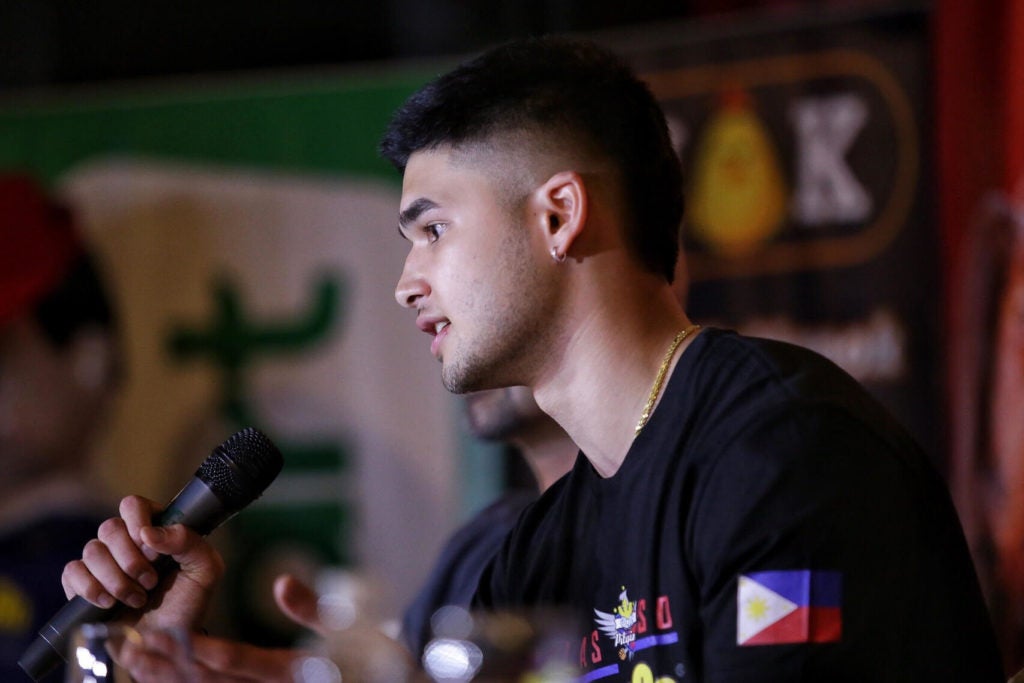 Kobe Paras has no regrets on his decision to take his act to the United States despite failing to meet his expectations during his stay there.

“It was an eye-opening experience, honestly, it was one of the greatest decisions I made in my life, to leave the Philippines and go to the US,” he said on Monday during the Chooks-to-Go homecoming brunch.

Since leaving the confines of La Salle Greenhills to hone his craft in Middlebrooks Academy, Paras has had a roller-coaster ride overseas. He first de-committed from UCLA then, transferred to Creighton before moving to Cal State Northridge.

Though, he didn’t have the chance to show what he’s made of in the limited minutes given to him, what Paras treasured was the world-class trainings he was able to partake in.

“The US has all the tools to create a good player. When I was there in the US, I got trained like I never got trained before. When I was here, I was skinny. But when I went to the US, I bulked up and I could control my diet. It made me mature a lot as a player,” he said.

However, those scarce minutes also turned to frustration as Paras found himself questioning his purpose.

“Last year in my mind was just lost because I just left Creighton and I think last year was my boiling point. In my mind, I was too pressured, at the same time, I wanted to play.”

Bolstering Paras’ decision to leave was the futile chance to strut his stuff as he was seldom used in his stay with the Bluejays, as well as the limitations set by the US NCAA when it comes to player endorsements.

“When I was in Creighton last year, the coach told me I wasn’t gonna play. That’s already two years that I’ve been in college. Also, there’s rules that I can’t endorse, I can’t earn money with the national team and there are a lot of rules that prevent me from earning the money that I deserve,” he said. “I just made the decision that I want to go pro, it’s because where I can live a life where I’m getting the things that I deserve.”

It didn’t help that the coach who recruited him to go to CSUN, former NBA player Reggie Theus, was fired and that ultimately led to his decision to “go pro.”

“When I announced to go pro, it was because coach Reggie got fired. It was shocking to me that he got fired because I was ready to play. Since that happened, I had to make a decision to myself,” the 20-year-old Paras said.

Paras has now put all of those behind as he puts his focus on playing for the Philippine national team.

“I’m focusing on the Filoil Flying V Preseason Cup,” he said as the Gilas cadets are set to join the summer tournament opening on April 21. “I’m more open for everything. I see the court differently because I haven’t played college for two years. I learned a lot and I could bring whatever I learned there. There are a lot of kids now with potential that I really want to help.”

As for his next moves, Paras said he’s still mulling his options.