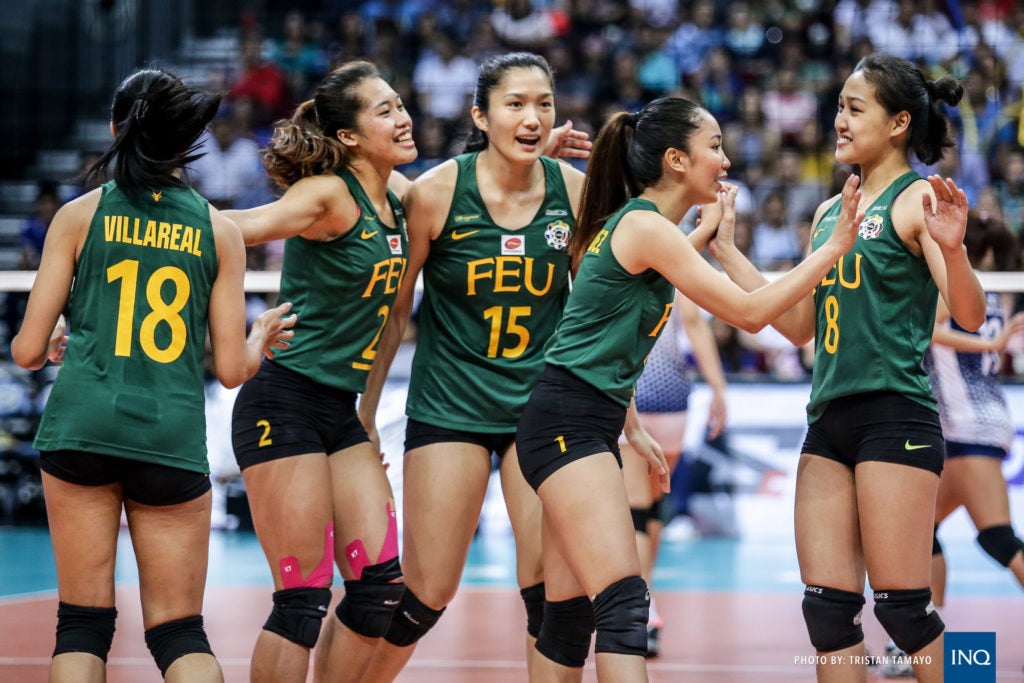 Far Eastern University’s narrative throughout the UAAP Season 80 women’s volleyball tournament was to get inside the top two en route to a potential 30th title.

And when the Lady Tamaraws secured a twice-to-beat advantage for their Final Four matchup against Ateneo on Saturday, they knew that stopping at this stage is not an option.

Team captain Bernadeth Pons said they could never be complacent against the Lady Eagles despite needing just one win to advance to the championship round against either defending champion La Salle or fourth-seed National University.

“Every night we keep reminding ourselves that we can never be complacent,” said Pons on Friday after practice at FEU gym in Manila.

The Lady Tamaraws finished the elimination round with a

10-4 record for second seed while the Lady Eagles settled for a 9-5 card and third spot.

The Lady Tamaraws get the first of two tries to make the Finals at 4 p.m. at Mall of Asia Arena in Pasay City.

At 2 p.m., their men’s team also start battle.  The No. 2 Tamaraws likewise own the twice-to-beat edge.

The women’s teams of top seed La Salle and National U collide at 4 p.m. on Sunday, also at MoA Arena. —BONG LOZADA, INQUIRER.NET