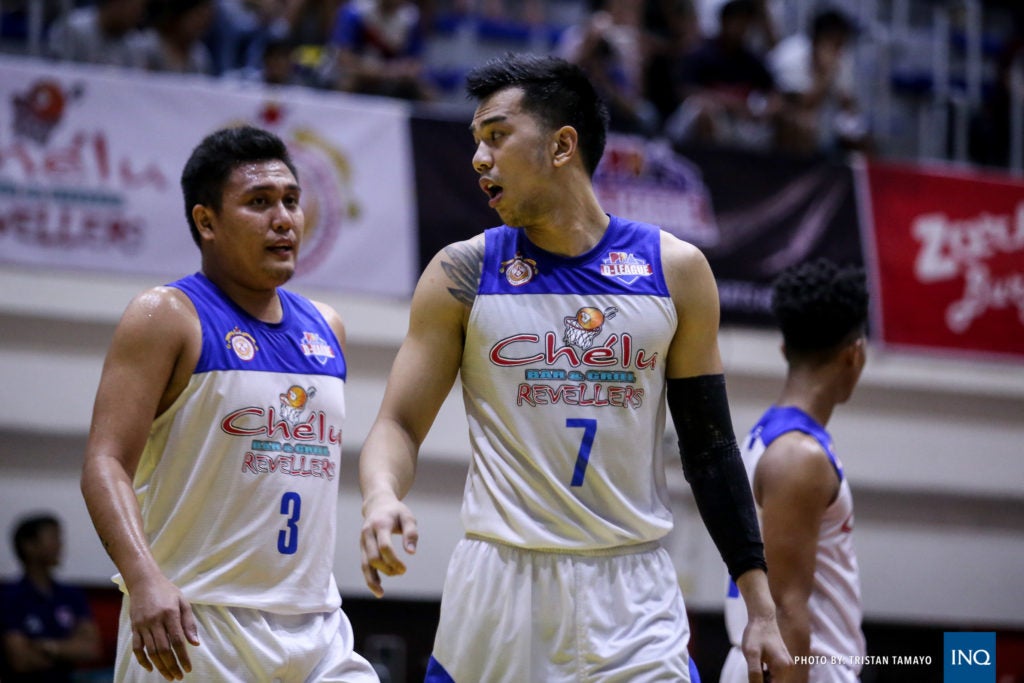 Michael Calisaan doesn’t deny that he wants to win a championship over  Zark’s Burger-Lyceum, especially how the Stags went winless against this Pirates squad in the NCAA.

“Yes, I really want to win against them,” said the Che’Lu Bar and Grill-San Sebastian forward.

The tides have turned in the developmental league with Calisaan and his fellow Golden Stags now 2-0 against the Pirates.

That latest conquest came in Game 1 of the 2018 PBA D-League Aspirants’ Cup Finals, with the Revellers pulling off the 107-103 victory over the Jawbreakers to move a win away from winning the championship.

Calisaan scored the game-sealing undergoal stab with 28.8 seconds left that preserved Che’Lu-San Sebastian’s three-point advantage, 106-103, which was a part of his 15-point, 12-rebound performance on Tuesday.

But the 23-year-old knows the job is not done as he hopes to help the Revellers finish the job off on Thursday in Game 2.

“This isn’t enough because we still need one more win for this feeling to be really solid. One more win and we’ll be champions,” said Calisaan, who played only his second game since returning from an elbow injury.

However, he knows that closing out won’t be easy knowing how resilient Zark’s-Lyceum is.

“They’re really a tough draw. No matter how big your lead is, they can always make a comeback,” he said. “So that’s what we have to do, to match and exceed their energy and we need to help each other out. I hope we get that win.”