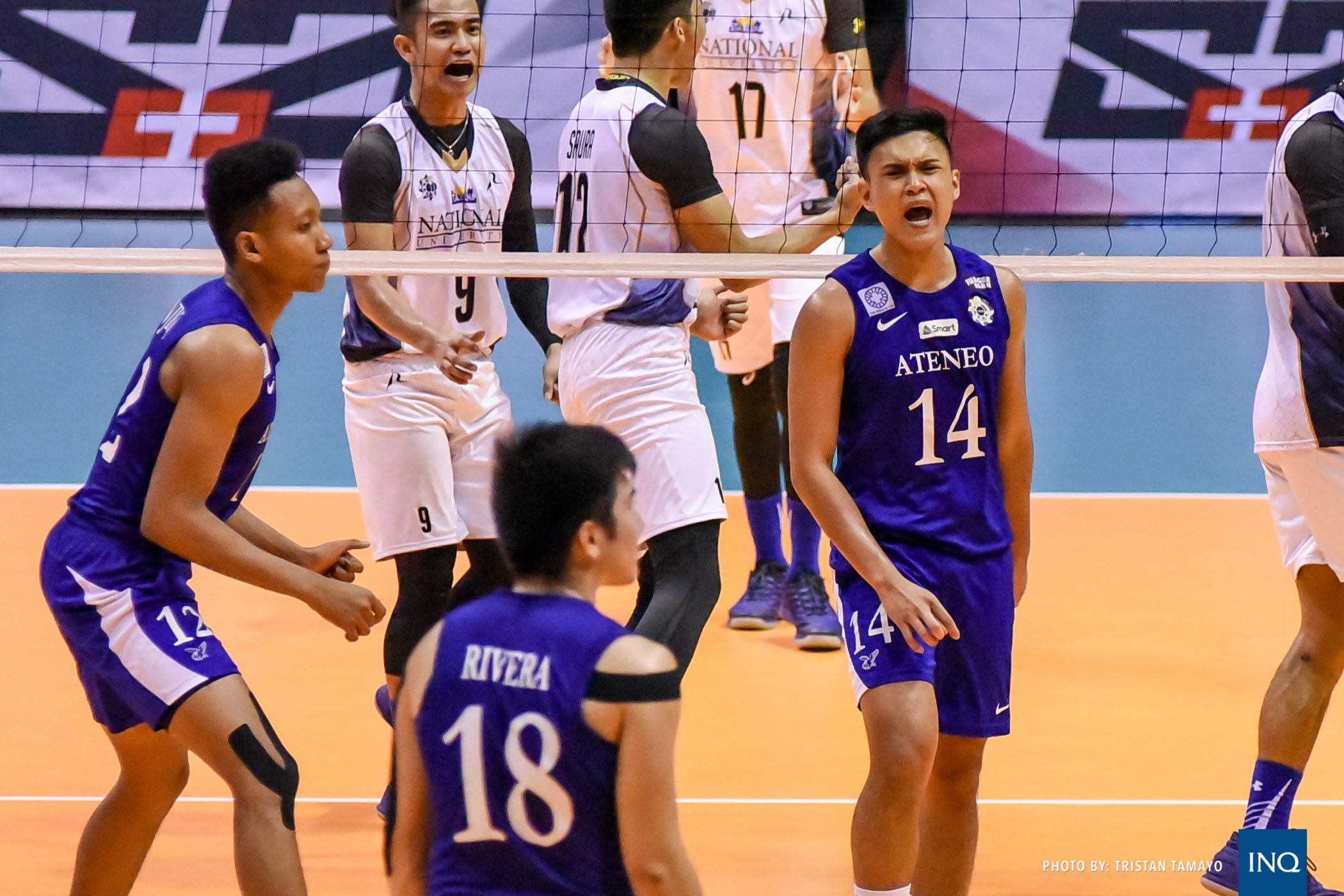 Throughout the eliminations, Ish Polvorosa was the undisputed best setter in the UAAP Season 80 men’s entire volleyball tournament.

Ateneo’s 5th year playmaker averaged 10.74 excellent sets per period during the eliminations, and followed it up with a solid 9.44 clip during the Final Four against Far Eastern University.

Polvorosa, however, crashed back to earth when he completely underwhelmed for the Blue Eagles in Game 1 of the finals against National University with a meager 11 excellent sets.

Ateneo, which hadn’t dropped a game in three straight finals series, bowed to the Bulldogs, 25-20, 25-19, 25-23, Saturday at Smart Araneta Coliseum and part of the blame could be placed on Polvorosa’s shoulders.

“I told him that in terms of setting we’re the ones who have the advantage, it’s just this time that he became preoccupied,” said Almadro in Filipino. “But I’m sure he’ll be back and I’m sure he knew what happened.”

Almadro said part of Polvorosa’s dismal play was the fact that four-time MVP Marck Espejo, who averaged 46 points, in the Final Four was limited to just 16 against NU.

“I think Ish got pressured because he had to disseminate the ball because Marck was a manned guy, the defense will be on him,” said Almadro. “He lost his timing, Marck also lost his timing.”

“We won’t change anything, we just have to execute properly for the next game.”