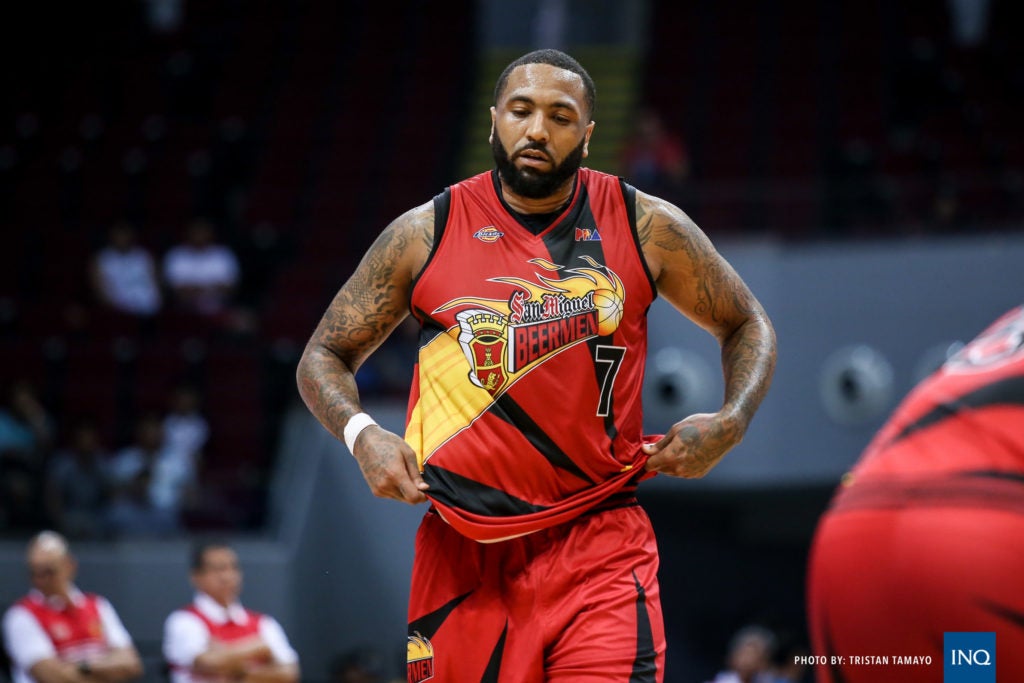 Things quickly went bad to worse for Troy Gillenwater in his short stint in the PBA.

Just moments after being let go by San Miguel Beer, Gillenwater has been fined P20,000 by the PBA on Tuesday for “physically contacting” referee Rey Yante in the Beermen’s overtime loss to the Rain or Shine Elasto Painters two days ago.

The American import was ejected due to the incident that happened late in the second quarter in what turned out to be his final game.

He averaged just 15.0 points, 8.5 rebounds and 1.5 assists in two games and resulted to San Miguel dropping its first two games in the 2018 Commissioner’s Cup.

Gillenwater’s ouster paved way for the Beermen’s reunion with Renaldo Balkman, who played for the team in 2013.

Balkman’s first PBA run, however, ended in controversial fashion after he choked teammate Arwind Santos during a game and was initially banned in the league for life.

The 33-year-old Balkman gives the Beermen added versatility with his ability to do just a little bit of everything the way he led Alab Pilipinas to the 2018 Asean Basketball League title early this month.