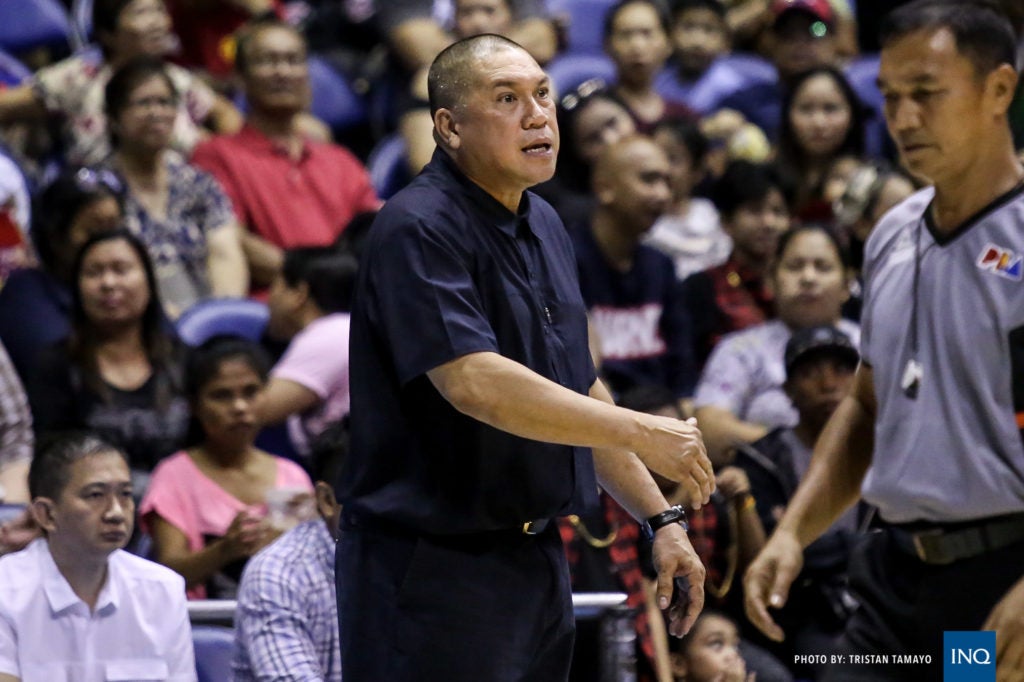 GlobalPort coach Pido Jarencio, who has endeared himself to the Philippine basketball community since his days as the head coach of University of Santo Tomas, is not afraid to rain down on game officials and his players when he sees something’s not right.

So it was greatly expected to see an irate Jarencio when the Batang Pier lost to Rain or Shine 96-90 in the PBA Commissioner’s Cup, but it was the complete opposite when he left GlobalPort’s dugout Sunday at Smart Araneta Coliseum.

A calm Jarencio met the media following a bad loss in a game that saw scuffles broke out and several ejections.

“Actually, what happened was out of frustration and at the same time our decision-making wasn’t that sound, it was horrible and we had so many turnovers,” said Jarencio in Filipino. “My players were also too tense, of course hats off to Rain or Shine for playing really well.”

Jarencio didn’t discuss much on the altercations in the fourth quarter between several players that saw GlobalPort big man Kelly Nabong and Rain or Shine’s Maverick Ahanmisi getting testy at the 3:20 mark.

The heated episode happened after GlobalPort’s Moala Taututaa and Rain or Shine’s Beau Belga dove to the floor in a fight for the loose ball. Belga was able to call timeout before Batang Pier’s Sean Anthony joined the pileup.

The play had already been stopped but not the action as Elasto Painters’ Maverick Ahanmisi went in and shoved Anthony, prompting Kelly Nabong to come to his teammates defense and push Ahanmisi away.

“Belga already called for a timeout but Ahanmisi suddenly joined so Kelly’s instinct, seeing Sean get pushed, was to push back,” said Jarencio. “That’s when the commotion happened. Some players tried to help Belga and Ryan [Araña] was even called for a technical for entering the floor.”

Araña, who was on the bench during the scuffle, was once teammates with Belga in Rain or Shine and he entered the floor to joke around with the big man but was then given a technical foul when game officials reviewed the footage.