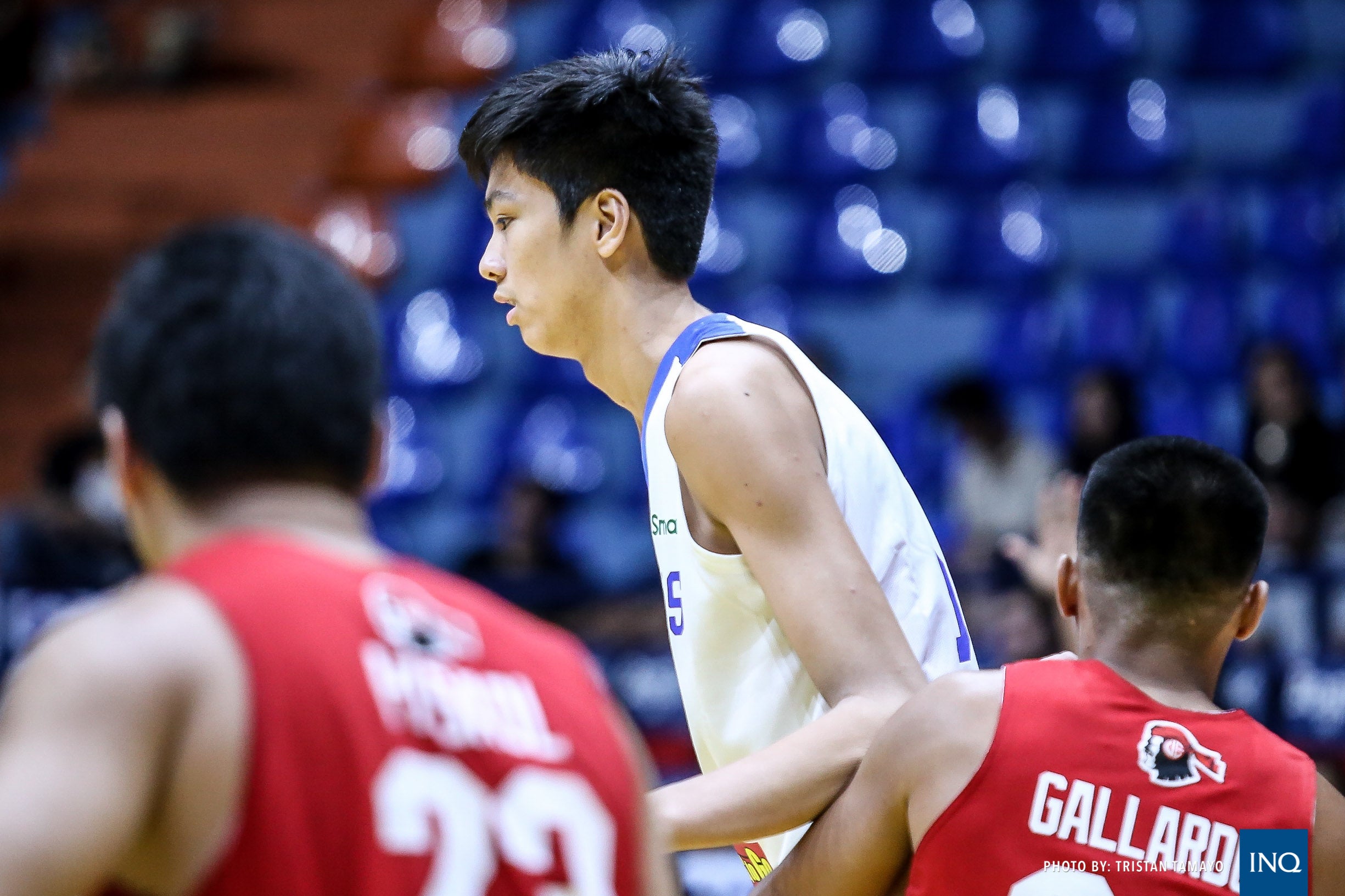 What a difference having a 7-footer makes, especially when that big man is as promising as Kai Sotto.

Sotto finally made his debut for the Gilas cadets in the 2018 Filoil Flying V Preseason Cup and his presence made all the difference despite playing only 13 minutes.

The 7-foot-2 Sotto made every second count, collecting five points, three rebounds and two blocks to help the young Nationals get an elusive win over the University of the East, 63-61.

“Isn’t it great to have a 7-footer?” a beaming Gilas coach Jong Uichico wondered.

“I’m happy to be part of the lineup and play with the best players in the Philippines,” Sotto said in Filipino. “I hope we keep winning until the end of the tournament. We have two games left so we need to play well.”

Uichico let Sotto play out the fourth quarter along with the likes of amateur standout Abu Tratter and collegiate star Ricci Rivero.

Sotto did not disappoint.

“He played the whole fourth quarter and most of the fourth quarter he did not make a mistake mentally. Physically, maybe but mentally I did not see him make a mental mistake,” Uichico said.

“I thank coach for trusting me and I did my best not to let them down,” Sotto said. “I did my role which is to defend my man and rebound. It’s good that we won.”

The 16-year-old Sotto missed the first six games of the tournament after attending summer classes at Ateneo but interestingly, his first game came against his former high school coach Joe Silva.

Silva stepped down as the Blue Eaglets head coach after leading the team to the UAAP Season 80 title in March and was tapped to call the shots for the Red Warriors just late last month.

“It’s a different feeling because he was still my coach only two months ago and now he’s my opponent,” said Sotto. “But of course, I miss coach Joe and it’s good that I was able to beat him.”

The two did not talk after the game but Silva said Sotto went to him before tipoff.

“He approached me before the game and told me, ‘Coach, I miss you,’ and I told him, ‘I miss you too,” Silva recalled.

“Now I know what other coaches feel being on the other side of things. I feel the kind of presence Kai Sotto brings.”

Sotto said playing against older competition growing up helped him in dealing with the physicality and competition facing college players.

“I didn’t have a hard time adjusting playing against them because, in my mind, I know that basketball will be tougher along the way so I’m already prepared for it before it happens,” he said.

Sotto had a couple of dunks and a pair of emphatic rejections, the kind of highlight plays he normally do in a high school game.

He said it doesn’t matter who he is up against or whether he’s playing in the juniors or seniors division.

“My mentality is that I can take them all and I will do anything to help my team win and play my role.”