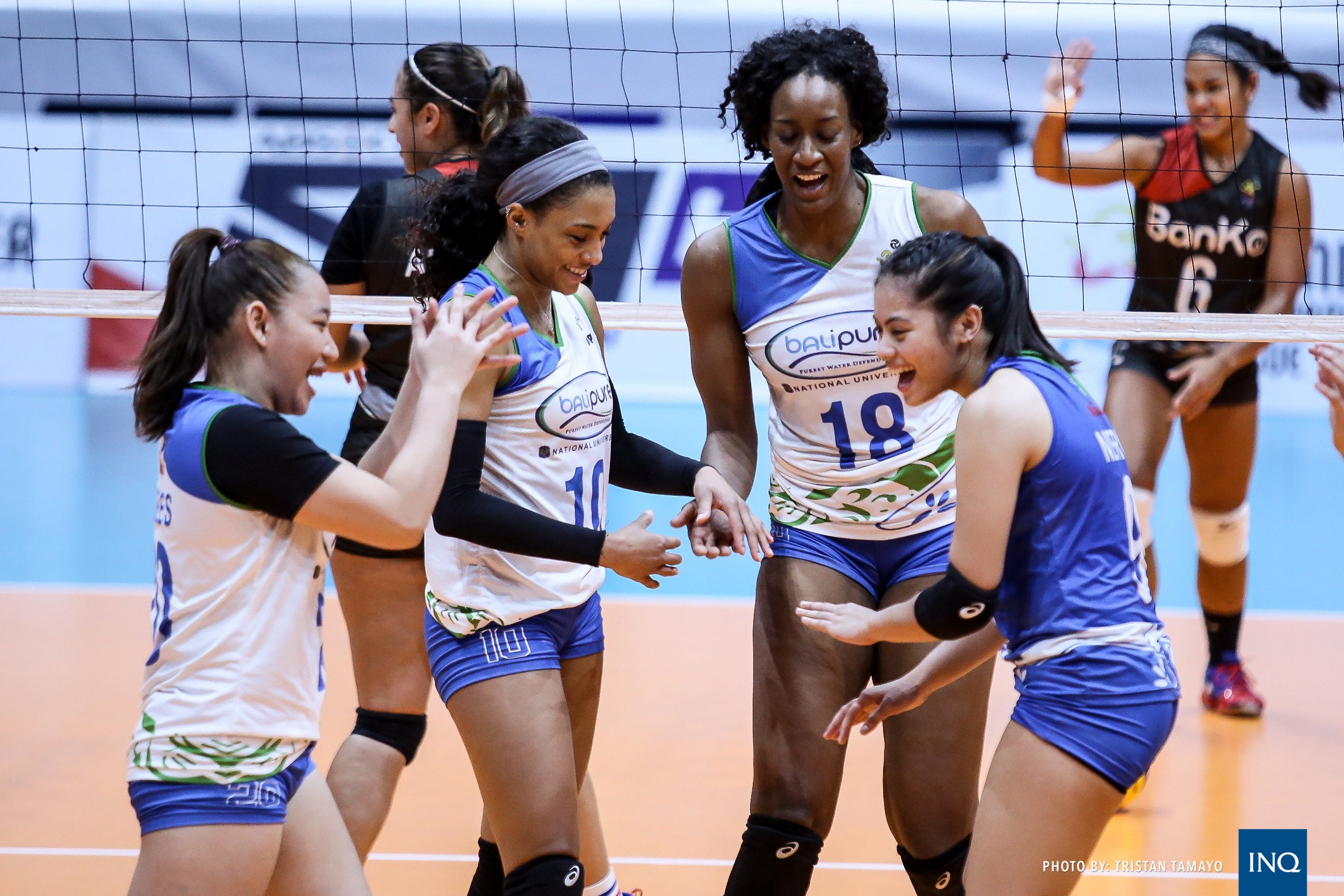 BaliPure went through four grueling sets to take the luster out of BanKo, 25-22, 25-22, 22-25, 32-30, for its third straight win in the Premier Volleyball League Reinforced Conference Wednesday at Filoil Flying V Centre.

Janisa Johnson, Princess Robles, and Ivy Lacsina came up with the big points for the Water Defenders in the fourth set as the trio did their part in keeping the Perlas Spikers at bay.

Johnson was the first to hit to tie the set at 29 before Lacsina gave BaliPure a 30-29 lead with a block on Jutarat Montripila.

Although Montripila was able to keep BanKo afloat for the 30-30 tie, Robles scored on back-to-back hits to finish the match off.

The Water Defenders improved to a 3-1 record and created a three-way tie at the top seed with Creamline and PayMaya.

The Perlas Spikers, meanwhile had the worst of lucks as they dropped their fourth straight loss to settle at the bottom of the standings with a 1-4 card.

BaliPure head coach Babes Castillo admitted they still don’t have the consistency require to finish games earlier but he was proud of how they didn’t rely on just one player to do all the heavy lifting.

“Of course it’s not consistent but the good things I saw were mostly on the offensive end,” said Castillo. “We had some variations wherein it’s not just Janisa scoring all the points.”

“I noticed Princess wasn’t getting her points early on but it’s like there was a switch that went off and that’s what composure can do to you.”

Johnson finished with a game-high 30 points while Alix Matthews and Alyssa Solomon added 18 and 12 points, respectively.

Montripila led the Perlas Spikers with 18 points while Lakia Bright had 15.