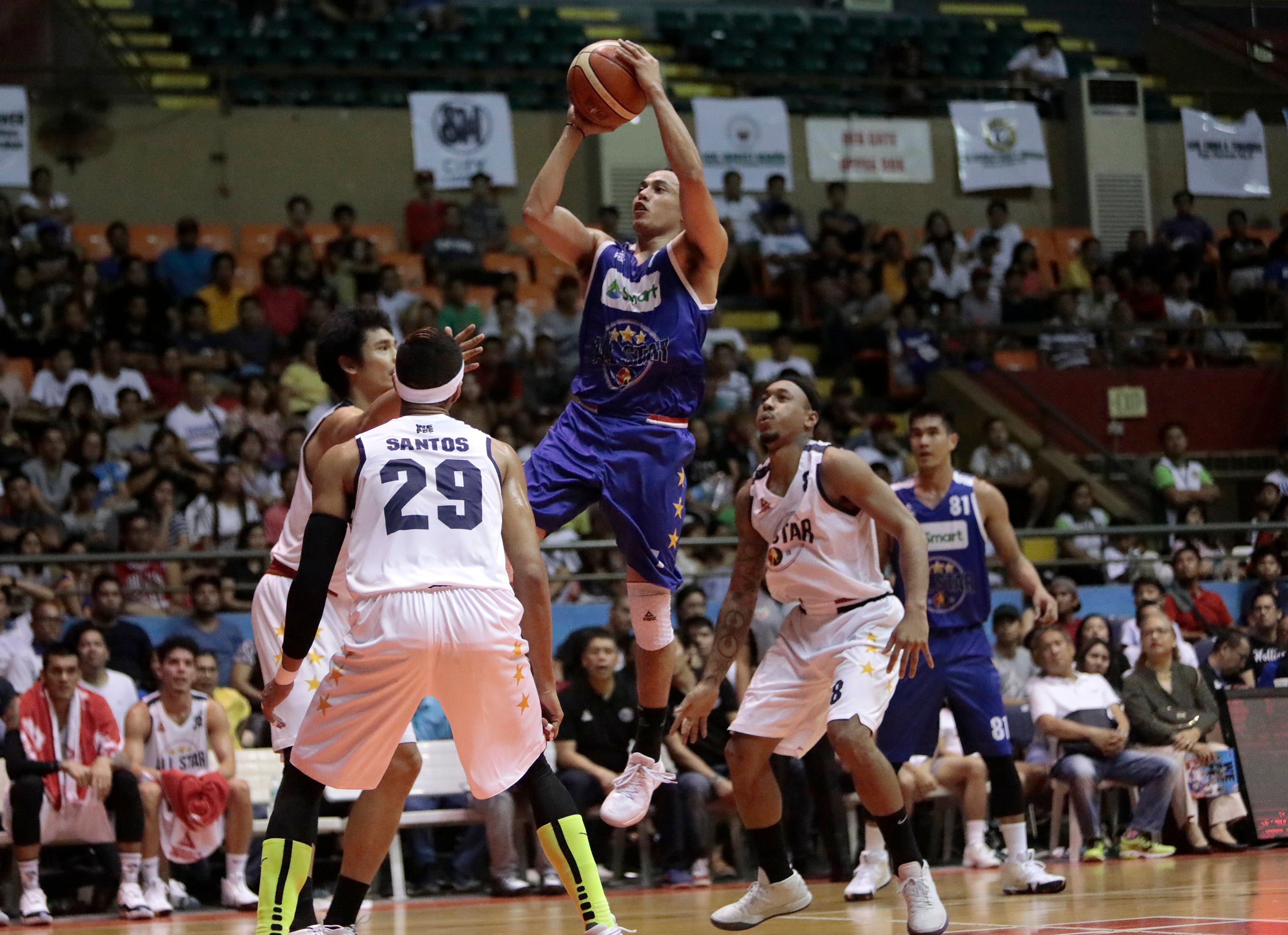 BATANGAS — Terrence Romeo dazzled all night long, leading the Smart All-Stars to a pulsating 152-149 win over the Luzon All-Stars in the second leg of the 2018 PBA All-Star Week on Friday at Batangas City Sports Center here.

The TNT super-scorer scattered 48 points, an All-Star scoring record, on 7-of-16 clip from three, while also collecting nine assists and five rebounds on his way to being named as the All-Star Game MVP.

His blistering start guided the Smart All-Stars to take the driver’s seat early, though the Nationals needed to fend off the Luzon All-Stars’ late uprising despite leading by as much as 20 in the third quarter.

Arwind Santos led what could have been a huge heist with three triples in the final two minutes, the biggest of came in the final 7.2 seconds that trimmed the lead down to three.

LA Tenorio then secured a steal in the waning seconds, but his triple missed the bottom of the net as the Nationals escaped with the tight win.

Jio Jalalon also made history being only the second player to register a triple-double in All-Star Game with his 12 points, 11 rebounds, and 10 assists. Willie Miller did the feat first in 2007 in Baguio.

The Smart All-Stars now fly to Ilo-ilo to complete the three-leg midseason exposition and will take on the Visayas All-Stars on Sunday.

Japeth Aguilar paced the Luzon All-Stars with 43 points and 15 rebounds, Arwind Santos got 32 points on a 6-of-12 shooting from three, while Calvin Abueva had 23 and 16.