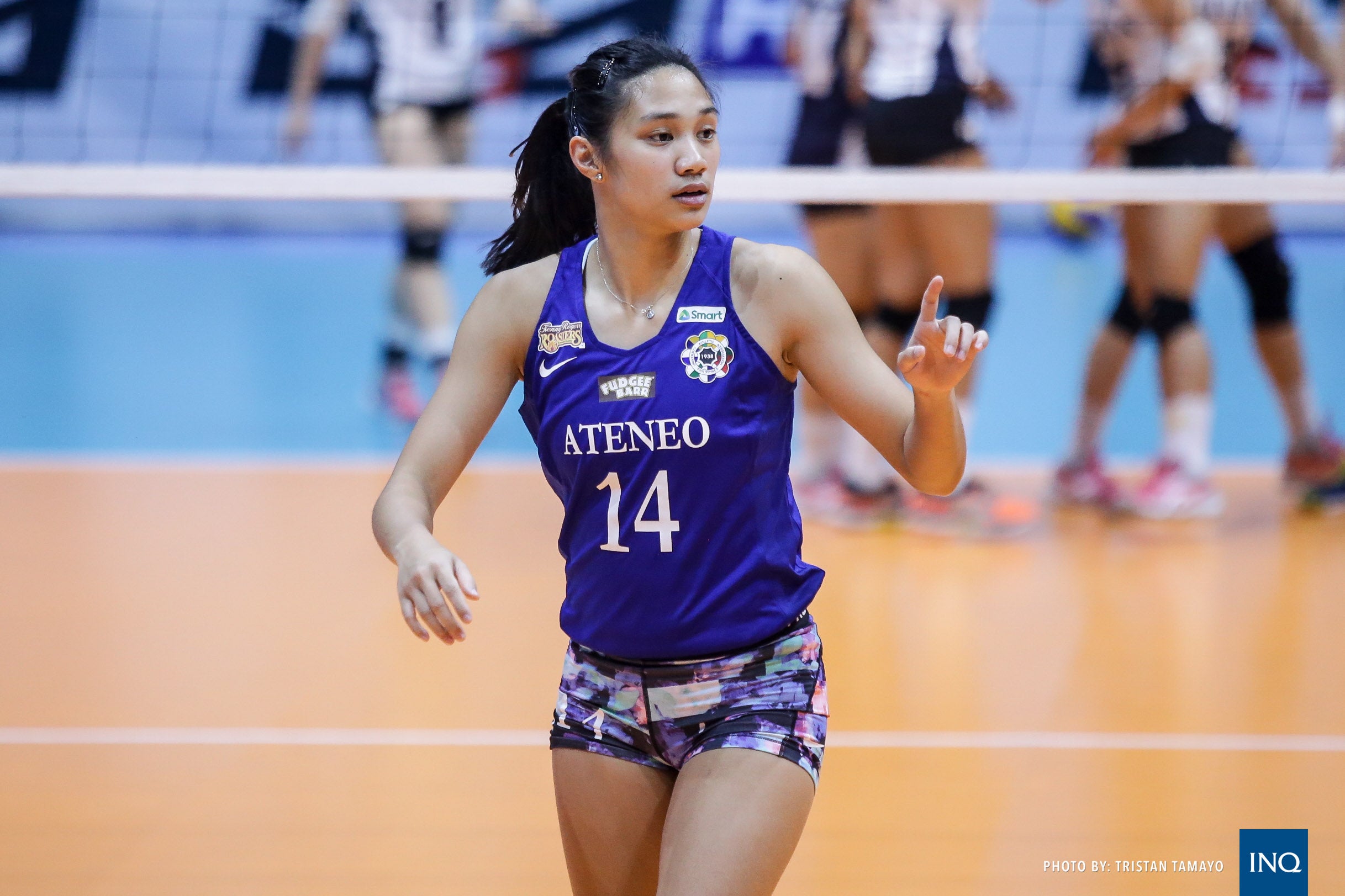 Bea De Leon has been a constant presence for Ateneo for the past four years of the UAAP, but her fifth season is still under a cloud of uncertainty.

De Leon, who just finished her Bachelor’s degree at Ateneo, said she’s still mulling whether she will play in her final year in the UAAP.

“As of now nothing’s certain and the season is still far away,” said De Leon, who was a guest analyst in the Premier Volleyball League Reinforced Conference, in Filipino Wednesday at Filoil Flying V Centre.

“I want to take this time to rest for a bit because I don’t have that many responsibilities but I will decide, eventually, on if I will play in my fifth year.”

De Leon also said the appointment of Oliver Almadro as the Lady Eagles’ head coach would also affect her decision to stay.

“Of course the incoming coach is a big factor, as we know Coach O is a legend,” said De Leon of three-time UAAP champion Almadro.

“He did great things for the Ateneo men’s team and even with the other teams he’s handled so, if ever, I would look forward to it.”

De Leon was instrumental in helping Ateneo become a force in the UAAP women’s volleyball tournament as the Lady Eagles to the Season 77 title.

Ateneo also won the Season 76 title but De Leon was yet to join the team back then.