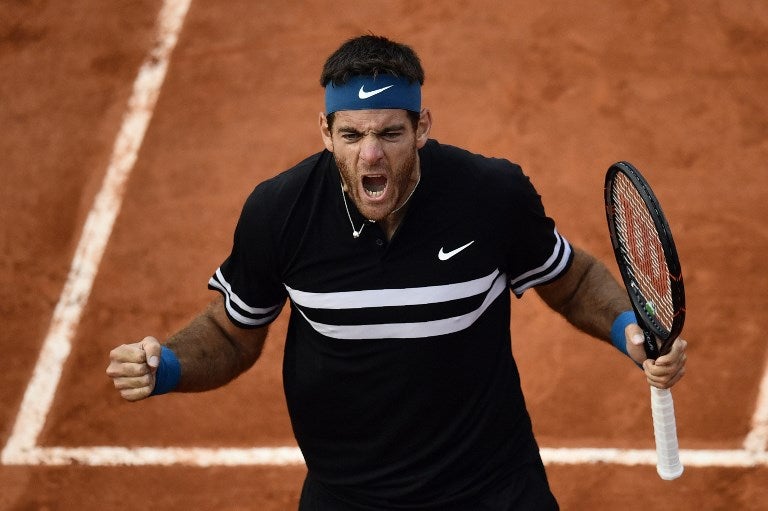 Argentina’s Juan Martin del Potro celebrates after victory against John Isner of the US during their men’s singles fourth round match on day nine of The Roland Garros 2018 French Open tennis tournament in Paris on June 4, 2018. / AFP PHOTO / CHRISTOPHE SIMON

Fifth seed Juan Martin del Potro brushed aside John Isner 6-4, 6-4, 6-4 to reach the French Open quarterfinals for the first time since 2012 on Monday.

The 29-year-old Del Potro was knocked out in the third round at Roland Garros last year after missing the previous four tournaments in Paris through injury.

He will face either fellow former US Open champion and third seed Marin Cilic or fiery Italian Fabio Fognini in the last eight.