WORLD CUP: Morocco back after 2 decades with eye on 2 events 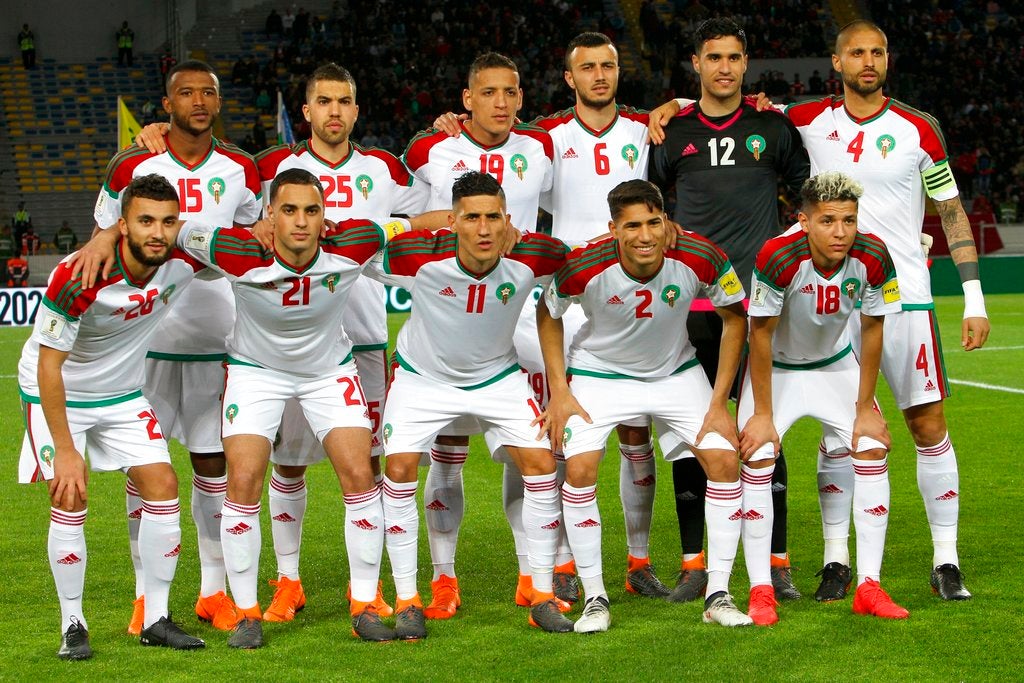 Morocco’s first World Cup victory in Russia could come off the field.

On the eve of the tournament, Morocco is hoping to beat a North American bid for the right to stage the 2026 World Cup. Then it’s the duty of the players to perform in Group B in the country’s first trip to the World Cup in two decades.

Qualification was secured by beating Ivory Coast in a winner-take-all encounter. Intriguingly, only one of the 11 players who started in Ivory Coast was born in Morocco. Lacking a superstar, Morocco often finds its best players in France, the Netherlands and Spain, where their parents emigrated to.

Most of the squad wasn’t born when Morocco became the first African team to win a group at the World Cup, finishing ahead of England, Poland and Portugal in 1986.

Portugal, the reigning European champion, awaits Morocco again this time in Group B, in between games against Iran and 2010 World Cup winner Spain.

Here’s a closer look at the Morocco team:

Herve Renard is capable of pulling a team lacking out-and-out stars together to form a formidable unit.

The 49-year-old Frenchman has had success with far more underrated squads than Morocco’s, leading unheralded Zambia to the African title in 2012. He also took Ivory Coast to victory in the same tournament three years later.

While there’s no doubt Renard is a good tactician, he’s better known for his passion and flamboyant antics on the sidelines. Watch out for a possible revival of one of his superstitions for major tournaments: the lucky shirt.

At the African Cup of Nations six years ago with Zambia, Renard embraced a white shirt that he said gave his team luck and he wore it for every game the Zambians played on the way to the title.

Spanish-born Munir Mohamedi is likely to remain the No. 1 choice for the World Cup. That’s the logical decision after he didn’t concede a goal in six games in the final round of qualifying.

Mohamedi plays in the Spanish second division for Numancia, while understudy Yassine Bounou plays in the top league with Girona. Bounou could have represented Canada after being born in Montreal.

The entire team seems built around captain Mehdi Benatia, the Juventus center back who was born in France but with Moroccan heritage.

Benatia has also played for Roma and Bayern Munich and brings experience of top-level European club football to the team.

The most likely wing backs are 19-year-old Achraf Hakimi of Real Madrid and 20-year-old Hamza Mendyl of Lille, although midfielder Nordin Amrabat has also been used in that role.

Mbark Boussoufa is the heartbeat of the midfield and has a claim alongside Benatia to be the team’s most important player.

Born in the Netherlands, Boussoufa has spent more than a decade in the team and has experience of conditions in Russia. He spent five years with Anzhi Makhachkala and Lokomotiv Moscow.

Also expect Younes Belhanda to play a key role, with the pacey Amrabat, if he plays in midfield, and Hakim Ziyech of Ajax operating as wingers.

With five in midfield, Khalid Boutaib might be the lone striker on the team sheet, although that didn’t bother him in the decisive round of qualifying with four goals in six games.

Renard could be tempted, however, to play two up front and give the 24-year-old forward Ayoub El Kaabi a chance at the highest level after he scored an eye-opening nine goals in six games in his first international tournament, albeit the lower-level African Nations Championship in January and February. He’s kept up his goal-scoring form in Morocco’s pre-World Cup warmups.

After opening on June 15 against Iran, Morocco will take on its closest northerly neighbors, Portugal, on June 20. The team will then face Spain on June 25.