The next Antetokounmpo: Kostas awaits his draft-night call | Inquirer Sports

The next Antetokounmpo: Kostas awaits his draft-night call 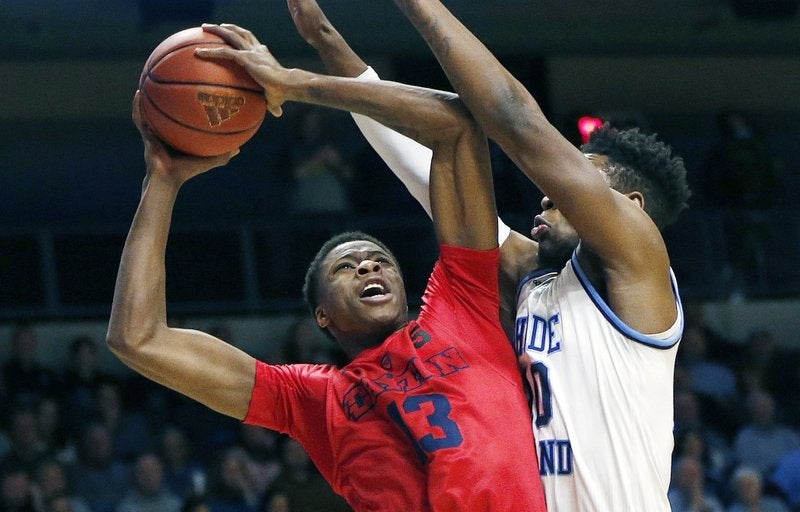 His numbers are ordinary. His name is not.

And his potential, that’s still to be proven.

A player who averaged 5.2 points and 2.9 rebounds per game in his lone season of college basketball, primarily as a backup for a team that didn’t finish with a winning record, wouldn’t ordinarily seem like much of an NBA draft prospect. But in this case, the player in question is Kostas Antetokounmpo — who believes that he is ready to follow his All-Star brother Giannis into the league.

On Thursday night, he’ll find out which NBA club agrees.

“I feel like when you do a sport, when you do something, you want to be the best at it,” Kostas Antetokounmpo said. “Since I was little I wanted to be an NBA player. So it’s about time.”

Maybe so, but unlike his brother — the Milwaukee star who might be an MVP candidate for years to come — Kostas Antetokounmpo’s game is nowhere near the elite level.

The 20-year-old Kostas Antetokounmpo struggled to remain a big part of the rotation at Dayton in his one college season, starting six games early in the year but also playing less than 10 minutes in six others. He had a big game off the bench late in the season to help the Flyers beat Saint Louis, and after that game Dayton coach Anthony Grant pointed to that as the sign of what Antetokounmpo can do.

The good news for Kostas Antetokounmpo is this: He knows he’s nowhere near a finished product.

He’s 6-foot-10 with long arms, his standing reach extending just 10 inches shy of the rim. But he’s only 195 pounds, needs to work on his strength and missed basically half of his free-throw tries last season.

“I know that I’ve got to let my body get stronger,” he said. “I’ve got to get my weight up. I’ve got to work on the way I read the game, and my moves.”

If he makes the NBA, Kostas would be the third Antetokounmpo brother to reach the league. Besides Giannis, there was Thanasis — who appeared in two games for the New York Knicks in 2016. And there’s a fourth one on the way, that being 16-year-old Alex, someone who Giannis and Kostas both predict might be the best in the family.

So soon, Alex will likely deal with what Kostas is dealing with now — inevitable comparisons to the more-famous brother.

Kostas and Giannis are built similarly, with their long, lean frames and almost neverending reach. They sound alike in some ways, but both insist that they do not play the game the same way. It used to be difficult for Kostas to carry the label of ‘the next Antetokounmpo,’ he said, though over time he thinks he’s been judged more on the merits of his own game.

“Every good player coming up, they’re compared to somebody,” Kostas Antetokounmpo said. “So I’m used to that. It makes me work harder. If they compare me to a top-10 player in the NBA, I don’t have a problem with that.”

Kostas Antetokounmpo said he expects to immediately contribute at the NBA level, based on the way he can run the floor and his penchant for being able to defend — especially around the rim. He said he tries to emulate not his brother so much, but more along the lines of Kevin Garnett largely because of the way he defended.

He has no idea yet where he’s going to get picked, and some mock drafts have him sliding to the second round.

He insists that won’t matter.

“I feel like I can be an NBA player,” he said. “I think a lot of teams see me and they see a kid that works hard, a kid that can become a NBA player. First round, second round, it doesn’t matter to me. I’m going to do what I can do and try to get better.”