Belgium wakes up in 2nd half, rolls past Panama 3-0 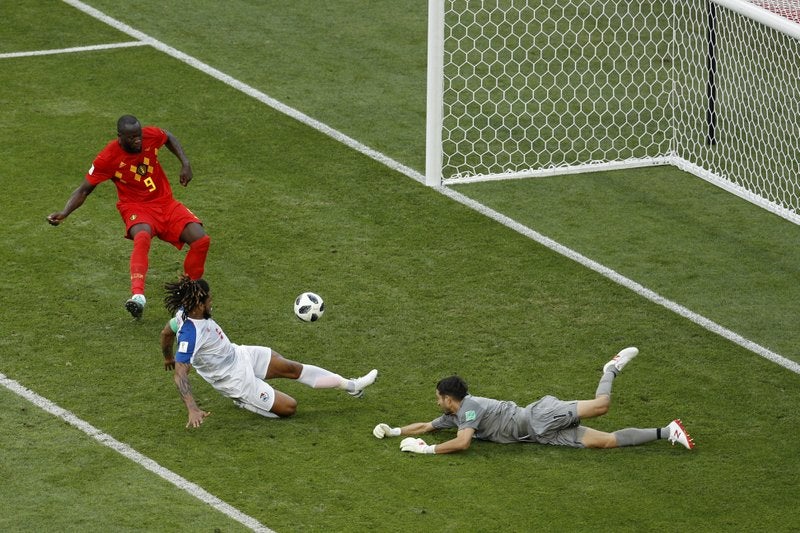 Lukaku scored two goals in a six-minute span in the second half as Belgium earned a 3-0 victory over Panama in its World Cup opener on Monday.

Saddled with massive expectations and a lineup of talent the envy of other teams in the tournament, Belgium finally showed flashes of being the dominant team worthy of title consideration.

The two goals from Lukaku came shortly after Mertens scored from about 18 yards in the opening moments of the second half, finally relieving some pressure after Belgium was unable to break down Panama for the first 45 minutes.

Lukaku’s first goal came 20 minutes later, but the pass from Kevin De Bruyne made it possible. Rather than shooting through a crowd of Panama defenders, De Bruyne cut a pass with the outside of his right foot onto Lukaku’s head and into the net.

Lukaku added a second on a breakaway minutes later, chipping Panama goalkeeper Jaime Penedo as he left his net.

Belgium is now unbeaten in its last six World Cup openers, dating back to 1986.

Panama was unable to duplicate what Senegal accomplished in 2002 as the last team to win in its World Cup debut. The Central Americans played their style — physical, aggressive, sometimes looking more like wrestling than soccer — and managed to hang with the Red Devils for more than an hour. But they never created threatening scoring chances — Panama scored only nine goals in 10 World Cup qualifying matches — and eventually Belgium finished its opportunities.

The emotion was heavy for the Panamanians who flocked to the Black Sea resort town to see the country play its first World Cup match. Fans cried at hearing their national anthem and the players on the field fought their own emotions while singing. Their voices rose with every Panama attack and the singing and dancing almost never stopped. Panama’s players stayed on the field to salute the fans several minutes after the match ended.

Luminaries like Panama President Juan Carlos Varela Rodriguez and baseball star Mariano Rivera were in attendance. They would have just preferred something a little less challenging than one of the pre-tournament favorites.

Even if it wasn’t pretty for a half, Belgium did what it was supposed to do in Group G. The victory keeps the team on track for its final group match against England, which is likely to determine the top spot.

Panama needs a result against England if it wants any opportunity of the final group game against Tunisia to have meaning.

Belgium was finally able to finish its chances after seeing several attempts in the first half end up in the side netting or punched away by Penedo.

Panama’s defense was stingy but also disorganized at times and became even more susceptible after Mertens’ goal forced Panama to push forward looking for an equalizer.