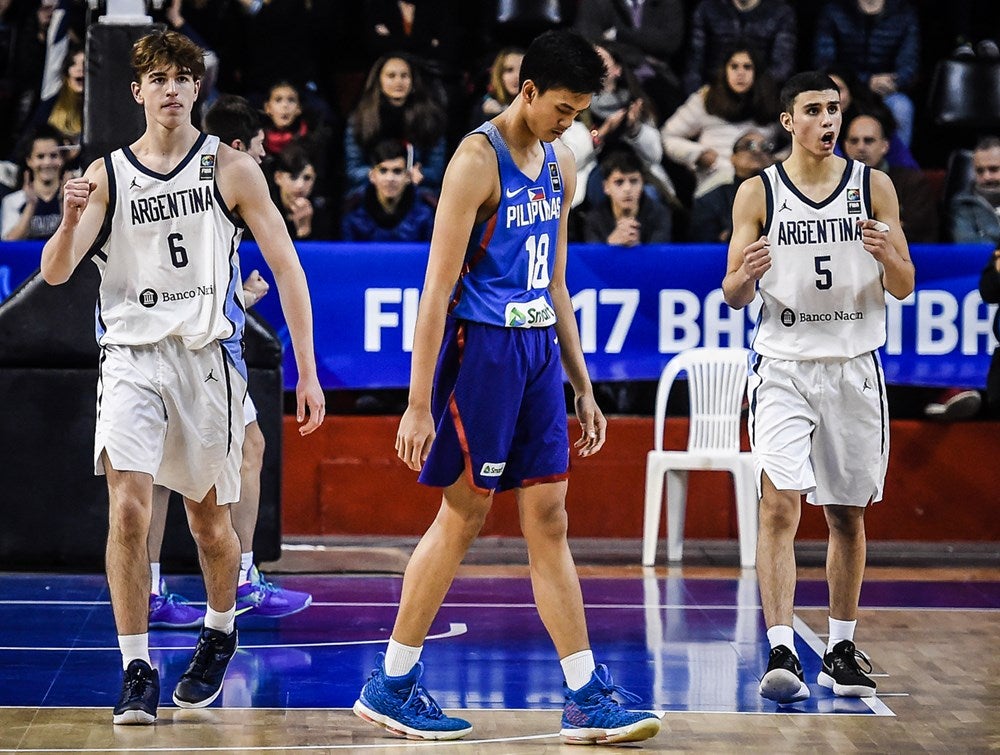 The Philippines ended its group stage campaign without a win after bowing to host Argentina, 74-71, in the Fiba U17 Basketball World Cup Wednesdayat Newell’s Old Boys in Rosario City.

Batang Gilas will head into the knockout stage without any form of momentum after going 0-3 in Group D and will face world no. 2 Canada, which topped Group C with an undefeated card in three games.

Although the Philippines lost to the Argentinians, it didn’t bow down without a fight.

Argentina was up 74-68 in the final 34 seconds  before Yukien Andrada picked off Mateo Diaz’ pass that led to Terrence John Fortea’s triple that trimmed the lead 74-71 with 27 seconds left.

Juan Cruz Scacchi almost threw away the game for the hosts when he turned the ball over with nine seconds remaining allowing the Batang Gilas to hoist a play for a shot that could’ve sent the game into overtime.

Kai Sotto had a shot at the top of the key with three seconds left but it bounced off the rim with Gerry Abadiano’s desperation heave, off his own offensive rebounds, only hitting the backboard.

Argentina finished with a 1-3 record in Group D.