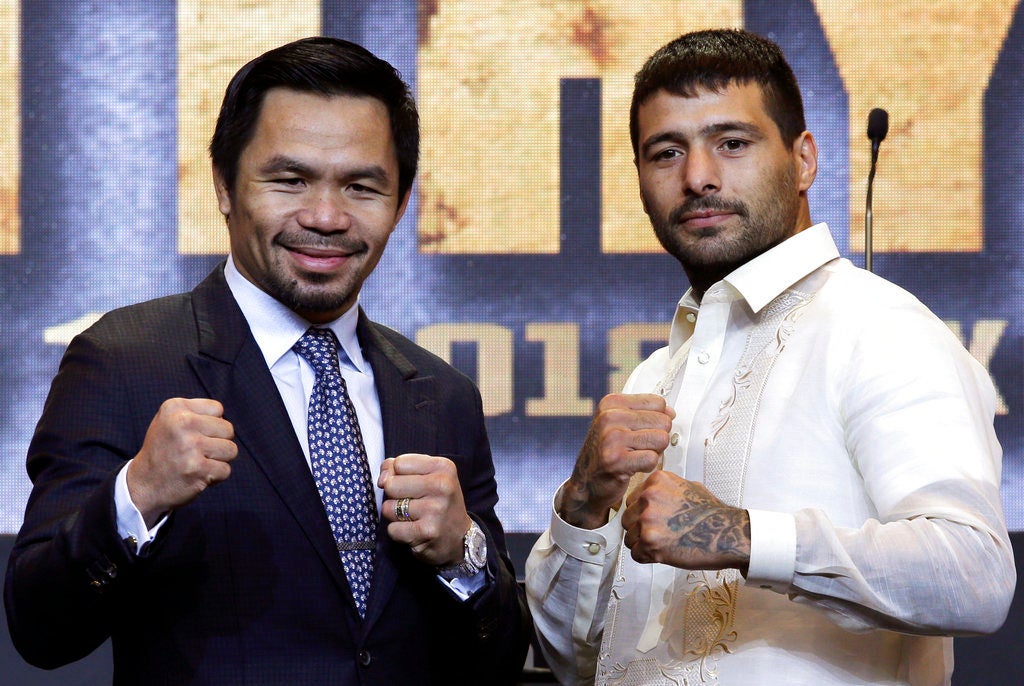 After all these years, it still rings true for Manny Pacquiao.

At least as far as Timothy Bradley Jr. is concerned.

But in the end, it would be the Filipino legend’s machine-gun fists and spell-binding movements that could decide the July 15 title bout.

His forecast aligned with what the Argentine’s trainer, Joel Diaz, said after wrapping up their camp here Sunday night.

Diaz said the 35-year-old Matthysse has “a devastating punch on both hands.”

“I think it’s a great fight. I think the speed, the power is gonna give Matthysse a problem,” Bradley was quoted by ES News. “I think Matthysse will have his opportunities if he could get to him, but I think Pacquiao is going to move.”

President Duterte will be in Malaysia to watch the bout live at Axiata Arena here.
Presidential spokesperson Harry Roque said on Monday night the President’s trip is a private one.

But Roque also revealed through Twitter that the President will meet with new Malaysian Prime Minister Mahathir Mohamad the day after the fight.

“He (Mahathir) wants to talk about insurgency and ISIS. We will be there July 16. After boxing, we will talk with Mahathir,” Roque’s tweet quoted the President as saying.

Bradley was among the few elite fighters to have engaged Pacquiao in multifight sagas, winning via split decision in 2012 and losing by unanimous decisions in 2014 and 2016.

Pacquiao still worked the mitts before enplaning from General Santos City to here Monday evening in a special flight exclusively for the 200-strong Team Pacquiao and supporters.

Chief trainer Buboy Fernandez reported to Philboxing.com that the senator completed 100 rounds of sparring against four boxers, including Australian George Kambosos. On top of it, Pacquiao logged in 130 rounds against the mitts.

“Boxing all over the world will see a young Manny Pacquiao,” Fernandez said, “throwing a lot punches, more footwork, head movements and all he’s been showing before he won eight weight division titles.”

Matthysse ended camp behind closed doors after they arrived here Thursday, with Diaz baring it was capped by an “explosive 10-round sparring.”

Diaz said they are monitoring the weight of his ward, whose main weapon is a powerful right hand and brazenness to launch it at will. —WITH A REPORT FROM CHRISTINE O. AVENDAÑO