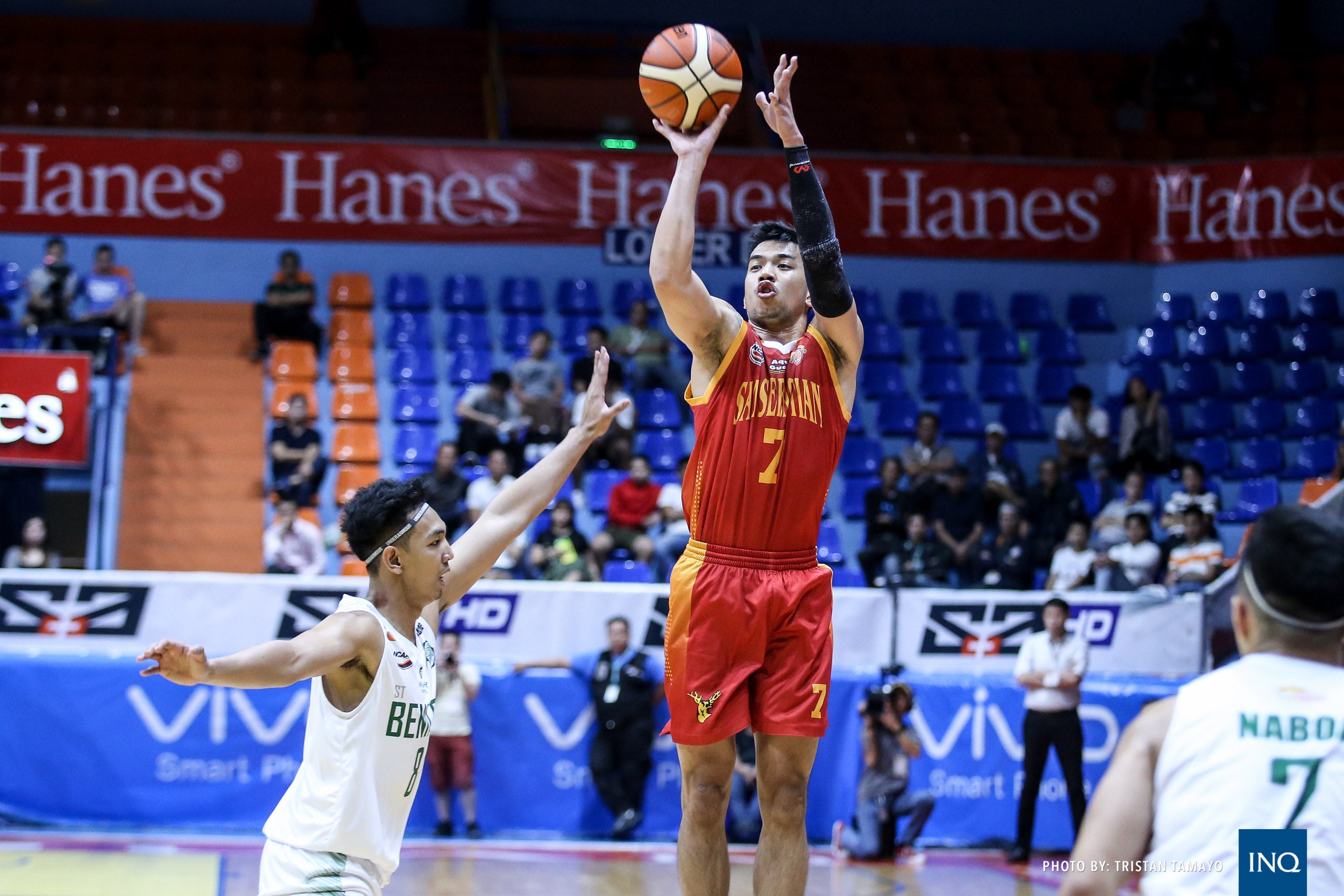 San Sebastian bounced back and broke away College of St. Benilde in the clutch for 85-78 win in the NCAA Season 94 men’s basketball tournament Friday Filoil Flying V Centre.

The Golden Stags improved to 1-1 after losing their season opener against Lyceum, 85-80, while the Blazers, who are expected to turn heads this season, dropped their first game.

Leading by 64-63 at the end of the third, the Golden Stags opened the floodgates in the final 10 minutes and outscored the Blazers 22-14 in the fourth.

RK Ilagan put the game beyond reach with a dagger three that put San Sebastian ahead 85-76 with with 1:36 left in the game.

“The boys really wanted to win and I saw their intensity the whole game,” said San Sebastian head coach Egay Macaraya in Filipino. “Every time we’re in a huddle we always talk about stepping up and the team understands that no one will help us but ourselves.”

Michael Calisaan filled the stat sheets for San Sebastian with 18 points, 10 rebounds, three assists, and four steals while Ilagan had 16 points with eight coming in the fourth quarer.

Allyn Bulanadi and JM Calma also had double-digit scoring games with 13 and 10 points, respectively, for the Golden Stags.

Edward Dixon had 12 points to lead Benilde while Clement Leutcheu had six points and 10 boards.