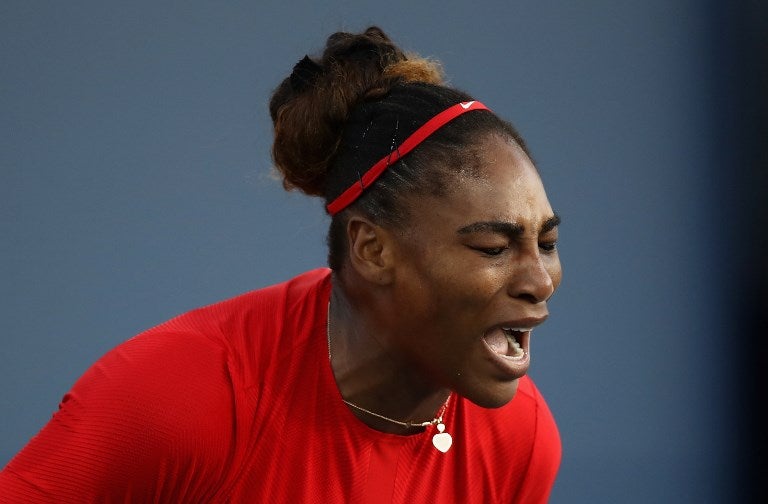 Serena Williams of the United States reacts during her match against Johanna Konta of Great Britain during Day 2 of the Mubadala Silicon Valley Classic at Spartan Tennis Complex on July 31, 2018 in San Jose, California. Ezra Shaw/Getty Images/AFP

Tennis great Serena Williams tells Time Magazine in a cover story published Thursday that shortly before the worst defeat of her career she learned the killer of her sister Yetunde Price had been paroled.

The defeat marked the first time in 928 professional matches that Williams failed to win more than one game. At the time she spoke of having “so many things on my mind” without elaborating.

But in a wide-ranging interview with Time, she said that 10 minutes before she took the court she learned via Instagram that Robert Edward Maxfield, the man convicted of killing Price in a drive-by shooting in 2003, had been released from prison earlier in the year after serving 12 years of a 15-year sentence.

“I couldn’t shake it out of my mind,” she said. “No matter what, my sister is not coming back for good behavior. It’s unfair that she’ll never have an opportunity to hug me.”

In discussing Maxfield, Williams noted biblical passages on forgiveness, but admitted “I’m not there yet.”

Price had three children who were aged 11, nine and five when she died.

“It was hard because all I think about is her kids, and what they mean to me. And how much I love them,” Williams said.