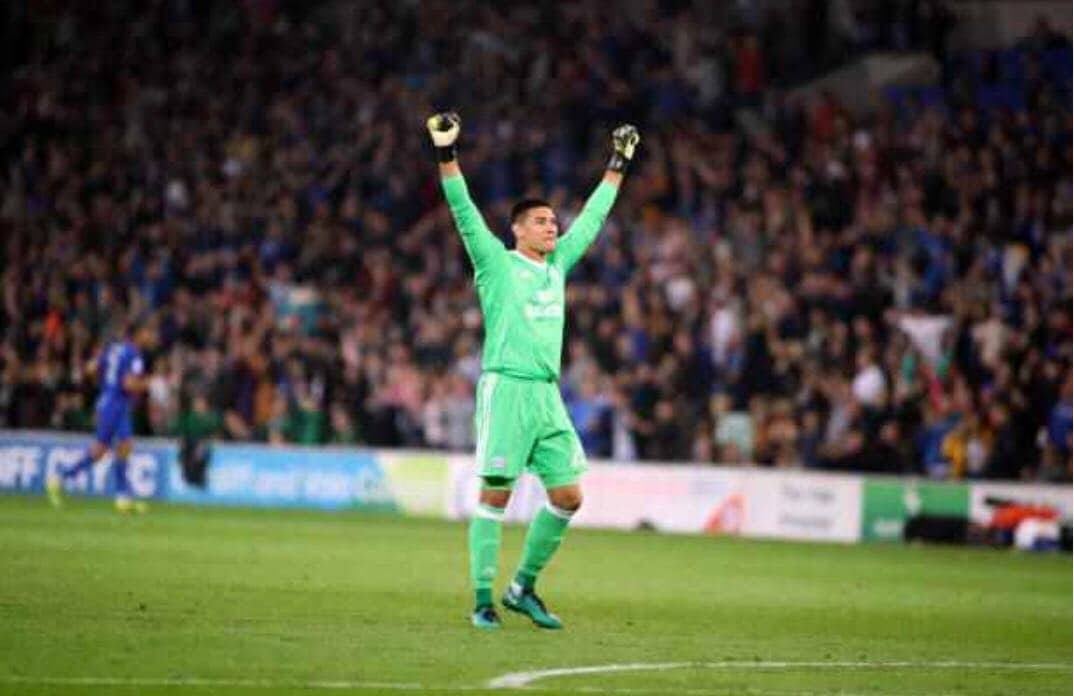 Neil Etheridge was Cardiff’s hero as the goalkeeper saved a last-gasp penalty from Kenedy to salvage a 0-0 draw against 10-man Newcastle on Saturday.

Rafael Benitez’s side were reduced to 10 men in the 66th minute when half-time substitute Isaac Hayden was sent off for an ugly foul on Josh Murphy.

But it was Newcastle who had the best chance to claim a first Premier League win this season despite their numerical disadvantage.

However, on-loan Chelsea midfielder Kenedy wasted the opportunity as his weak penalty in the 96th minute was easily saved by Etheridge.

Kenedy’s blunder capped a frustrating afternoon for Newcastle, whose travelling fans once again protested at the lack of investment from owner Mike Ashley with chants of “Get out of our club” throughout the goalless stalemate.

But having lost their opening match against Tottenham last weekend, Benitez could at least take heart from the way they refused to fold with 10 men.

Cardiff, beaten at Bournemouth in their first game, will rue a missed opportunity to claim three priceless points in what is likely to prove a season-long battle to avoid relegation.

Kenedy was fortunate to escape a red card when he kicked out at Cardiff’s Victor Camarasa right in front of referee Craig Pawson, who somehow appeared to miss the incident.

It was a day to forget for Kenedy, who failed to compete a single pass in the first half — the first Premier League player to do that in a 45-minute period for eight years.

Kenneth Zohore wasted a golden chance to put Cardiff in front soon after half-time when the unmarked striker met Joe Ralls’ cross with a dismal header that drifted wide from close-range.

Pawson might have missed Kenedy’s offence, but he got a clear view of Hayden making a studs-up challenge on Murphy and immediately sent him off.

Benitez responded by sending on Jacob Murphy — the twin brother of Cardiff’s Murphy — making them only the second pair of twins to play against each other in the Premier League after Will and Michael Keane in 2016.

But the siblings were in competition for only a matter of minutes before Murphy was taken off.

In a dramatic finale, Newcastle were awarded a penalty deep into stoppage-time when Sean Morrison blocked Yoshinori Muto’s cross with an outstretched arm.

But Kenedy’s tame effort was straight at Etheridge and he saved to finish as the toast of Cardiff.