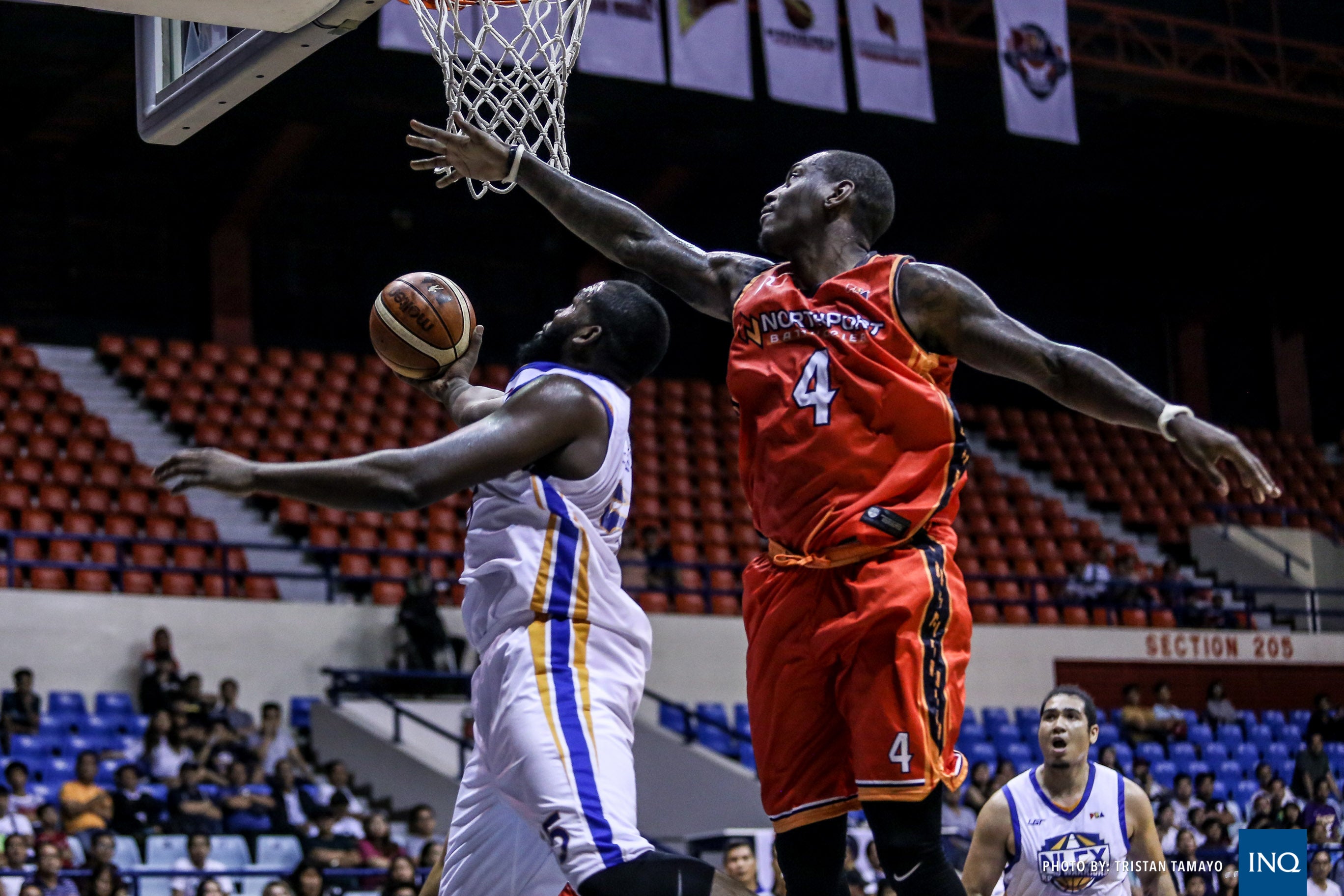 The Nigerian-Canadian behemoth, his mobility limited by a slight patellar tendon tear on his right knee, showed he’s the real deal.

Ashaolu again came through with an imposing double-double performance, leading the Road Warriors to their second straight win at the expense of the North Port Batang Pier, 123-107, in the PBA Governors’ Cup at Ynares Center here on Sunday night.

“My teammates, I have a great group of guys and they encourage me to play my best,” said Ashaolu after barreling his way through the paint with 27 points, 13 rebounds and three assists despite playing hurt.
In the nightcap, TNT KaTropa nipped Meralco, 92-90, as both squads share second at 1-1.
Nobody in the Batang Pier lineup could bottle up Ashaolu, a wide-bodied inside operator whose task is to take the attention away from a short-handed NLEX side that is still without the suspended Kiefer Ravena and the injured Kevin Alas.

Rashad Woods and Paolo Taha drilled in long jumpers that diminished the NLEX lead to a single digit late in the fourth, but back-to-back corner threes by Kenneth Ighalo in a span of five seconds put out the North Port fire.

The Road Warriors’ avalanche of threes, with Juami Tiongson and power forward JR Quiñahan doing their share, finished off the Batang Pier to secure the top spot in the season-ending conference with a 2-0 record.

“Everybody’s working together for the good of the team,” said Ashaolu. “If you ask me if I’m playing on Wednesday (against Magnolia), yes I am.”

After that match, Ashaolu will begin treatment for his knee. Interim coach Jojo Lastimosa said Aaron Fuller, their import in this conference last year, will take Ashaolu’s place until he fully recovers.