Japan go from prostitutes to podium at Asian Games 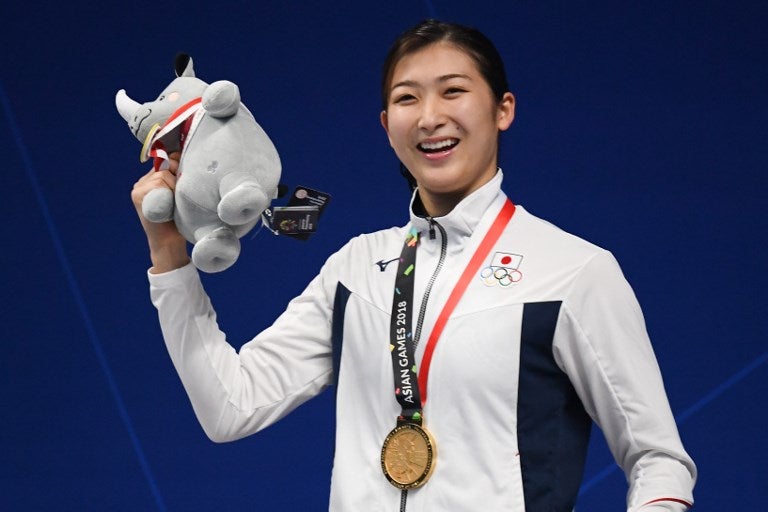 Teenager Rikako Ikee spearheaded a golden night for Japan’s swimmers on Monday after the expulsion of four basketball players for using prostitutes rocked the Japanese team at the Asian Games.

It provided a positive end to the day for Japan, who will host the next Olympics in 2020, after the four basketball players were caught paying for sex in a Jakarta red light district.

“I just feel a sense of shame,” Japan’s chef de mission Yasuhiro Yamashita told reporters. “We deeply apologise and intend to give the athletes thorough guidance from now on.”

Sheikh Ahmad al-Fahad al-Sabah, president of the Olympic Council of Asia, the Games’ governing body, said the incident would serve as a warning to other athletes.

“At the end of the day, representing your country isn’t only about winning medals,” he said.

Elsewhere on day two, Tottenham Hotspur forward Son Heung-min scored the only goal as South Korea beat Kyrgyzstan 1-0 to reach the last 16 in the men’s football.

Son, who needs Asiad gold to be granted an exemption from his 21-month compulsory military service, volleyed the winner in the 63rd minute to set up a knock-out match with Iran.

In front of noisy crowds at the badminton, Anthony Sinisuka Ginting upset Kidambi Srikanth 23-21, 20-22, 21-10 as Indonesia beat India 3-1 to set up a men’s team semi-final against Japan.

Indonesia’s women will also face Japan in the badminton semi-finals after their 3-1 victory over South Korea. The winner will play China or Thailand in the final.

China’s Yang Haoran and Zhao Ruozhu were crowned the men’s and women’s 10m air rifle champions, both with Games record scores, and their team-mate Zhang Xinqiu jumped for joy when she edged South Korea’s Kang Gee-eun to win the women’s trap.

“I felt like all my hard work had finally paid off,” she said with a beaming smile. “I was so excited and emotional.”

And Vinesh Phogat became India’s first women’s wrestling champion at the Asian Games to extend a family legacy in the sport which was immortalised in a celebrated Bollywood film.

Phogat outclassed Japan’s Yuki Irie 6-2 to win the 50kg final in Jakarta and was then hoisted on the shoulders of team staff draped in the Indian flag.

The 23-year-old is a cousin of former Commonwealth champions Geeta and Babita Kumari Phogat, whose rise from obscurity to wrestling fame was captured in 2016’s ‘Dangal’, an international hit.

Lin Chaopan won the men’s all-around gymnastics title as China reached 15 gold medals late by the end of day two, ahead of Japan on eight and South Korea’s five.