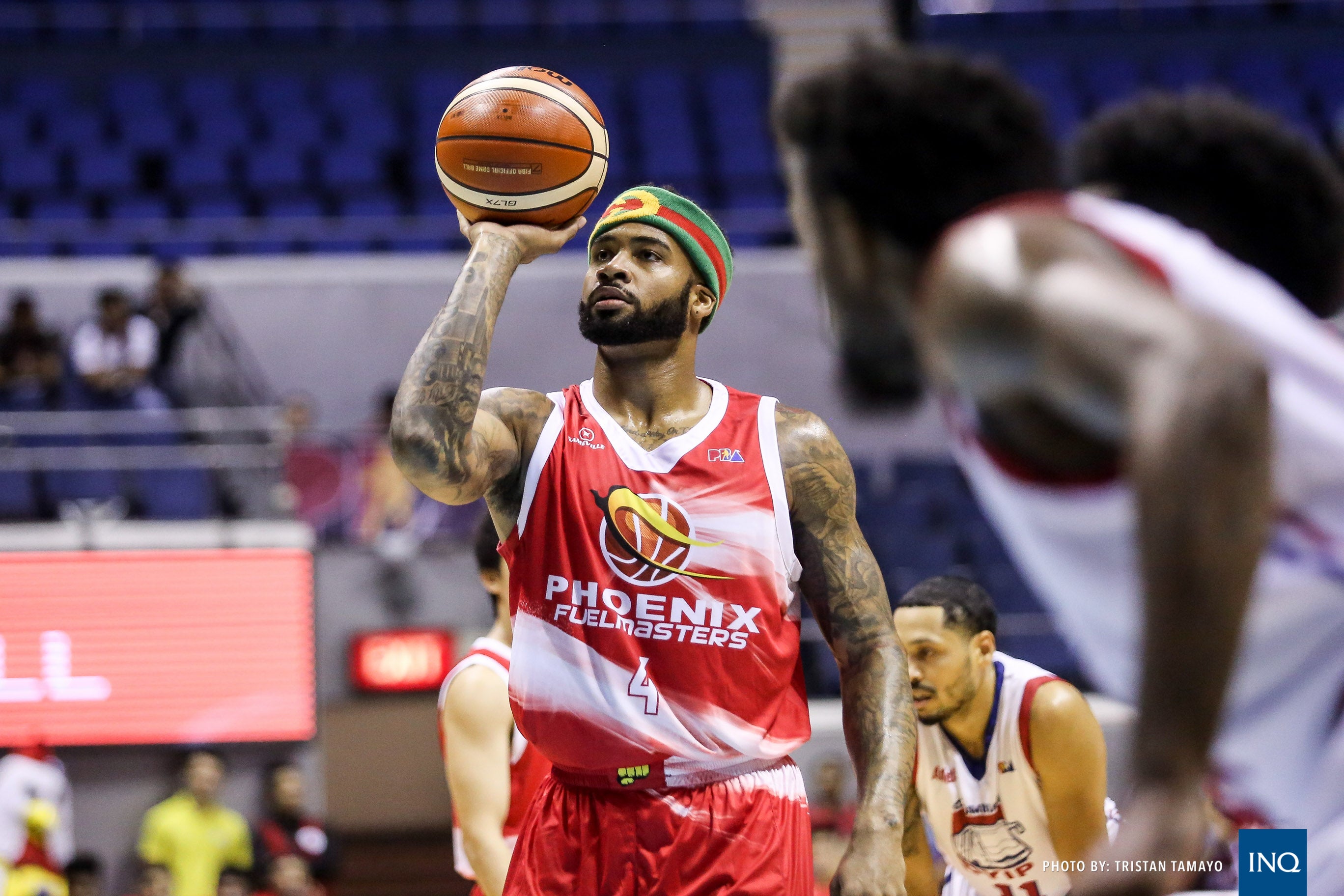 Eugene Phelps scoring at least 50 points a game has already become an ordinary occurrence in the PBA.

Like thousands of people shouting “Gi-ne-bra!” or Leo Austria using just nine players a game, Phelps reaching the half-century mark is nothing unusual since he already did it least three times usually during team’s opening game.

This time, though, Phelps did it while rocking a Gucci headband worth almost P30,000 during a game.

Phelps sported the pricey headband in Phoenix’ 113-107 win over Columbian in the 2018 PBA Governors’ Cup Wednesday at Smart Araneta Coliseum, and it was all about the “swag.”

“That’s my drift, and drift means swag, so my drift is hella high right now,” said Phelps after he put up numbers of 50 points, 17 rebounds, and eight blocks.

“I saw it, I bought it. The Gucci band helped me out this year.”

Phelps also tried out a quirky one-handed free throw to try an improve his shooting from the stripe, but it doesn’t seem like it would last long.

Without using his left hand for support, Phelps converted 10 of his 22 free throws.

“Last conference I wasn’t shooting too good at the free throw line so I switched it up,” said Phelps who shot 58 percent from the stripe in the Commissioner’s Cup. “In practice, I was going pretty good, and in preseason games it was falling but this game wasn’t so I’ll probably switch back to two hands.”

You do you, Eugene.

Read Next
Ashaolu determined to get back to action right away for NLEX
EDITORS' PICK
High demand for Illegal drugs seen with relaxed restrictions — DILG exec
PNP tags 6 still active ‘e-sabong’ sites, request for takedown sent
House energy committee chair Arroyo bats for cheap electricity
Revilla appeals to critics: Give Bongbong Marcos a chance
Honolulu Café is the cure for your Egg Tarts and Roastings cravings
Luxe property: A way to build, preserve wealth
MOST READ
Heart Evangelista admits having ‘one-night stand’ in past: ‘Naging kami eventually’
Ramon Tulfo arrested for cyber libel, says MPD
Andrea Brillantes congratulates Seth Fedelin, Francine Diaz on new teleserye team up
Heart Evangelista gets a ‘no’ from Chiz Escudero after asking, ‘Do I deserve a bag?’
Don't miss out on the latest news and information.