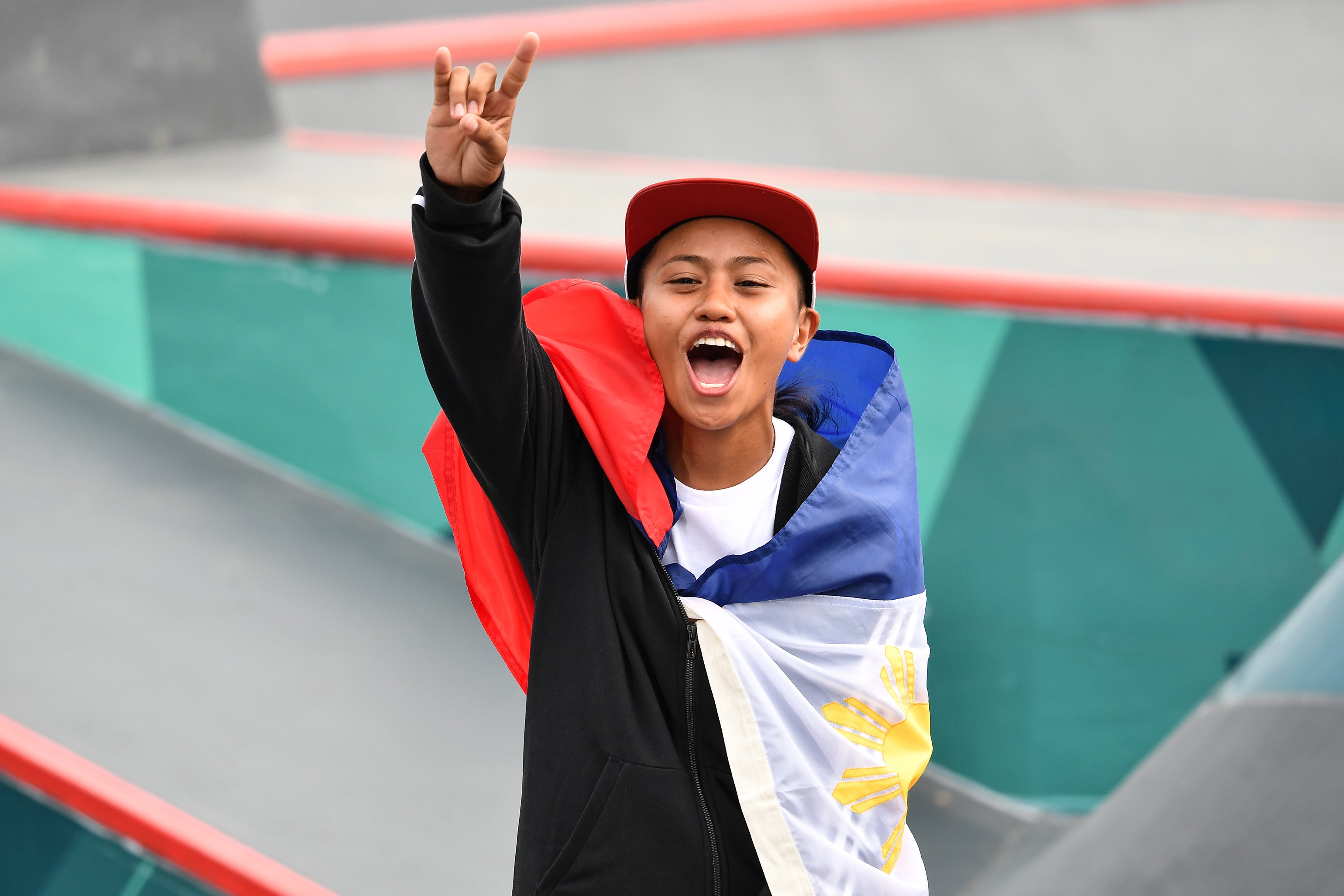 Gold medallist Margielyn Didal of the Philippines gestures during the victory ceremony for the women’s skateboard street event during the 2018 Asian Games in Palembang on August 29, 2018. AFP PHOTO / Mohd RASFAN

JAKARTA—There is a skate park being built in Cebu City, a product of an open letter from a netizen who wrote the local government to support skateboarder Margielyn Didal, who had won in a tournament in London.

Didal will have an urgent use to practice on the park now.

A day removed from her newfound fame and riches, Didal continues to dream, and she’s going to take the country along for the ride and quench for the Filipinos a thirst that has been there for ages.

“I want to earn qualifying points to go to the Olympics [in Toyko in 2020],” Didal, the fourth Philippine gold medalist in the 18th Asian Games, said on Friday after planing back to the Athletes Village from Palembang province to delay what was supposed to be a trip back home on Thursday so she can be the country’s flag-bearer in the closing ceremonies.

Skateboard will also make its Summer Games debut in Japan two years from now, and with the 19-year-old Didal at the peak of her prowess, she aims to win a medal—if not the Philippines’ first gold in the Olympics.

Cebu City Mayor Tomas Osmeña posted on his Facebook page that Didal will have a say on the park’s design, and the 19-year-old sensation could shape it to fit her preparations for Tokyo.

“Because the awareness raised by people like you, Cebu City will be building a skate park in the SRP (South Reclamation Project). My sister is personally donating 5M to your cause. As the expert, your input is of course welcome on the park’s design,” Osmeña wrote.

Didal not only made Asiad history as one of its first skaters to ever win gold, she also stands to receive a P6-million bonanza for her efforts, which she said will be used to take her family out of poverty.

“I think we will start a family business,” Didal continued in Filipino. “We need to do that because I won’t be able to skate for the rest of my life.”

Didal’s handlers are lining up tough international events for her to take part in and earn those needed points for the Olympics.