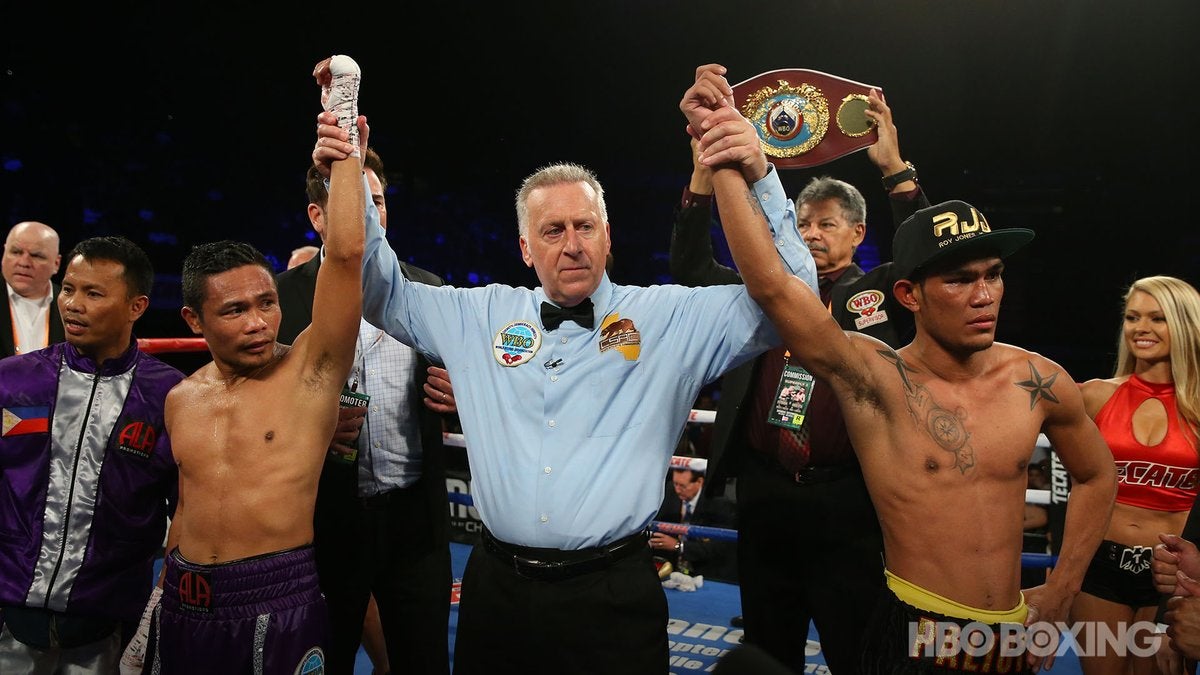 The world title fight between Filipinos Donnie Nietes and Aston Palicte for the vacant WBO super flyweight crown ended in a controversial draw on Sunday (Manila time) at The Forum in Inglewood, California.

Palicte had his moments, but Nietes clearly dominated the bout especially in the latter part.

Despite delivering a methodical performance, Nietes will have to wait before getting another crack at becoming a four-division world champion.

It’s highly-likely that Nietes (41-1-5, 23 KOs), the longest reigning Filipino world champion, and Palicte will meet again in a rematch.

The much younger Palicte tried to use his height to his advantage but had futile success with Nietes able to make his way inside.

With a steely chin, Palicte managed to stay on his feet despite taking a handful of solid punches from Nietes throughout the fight.