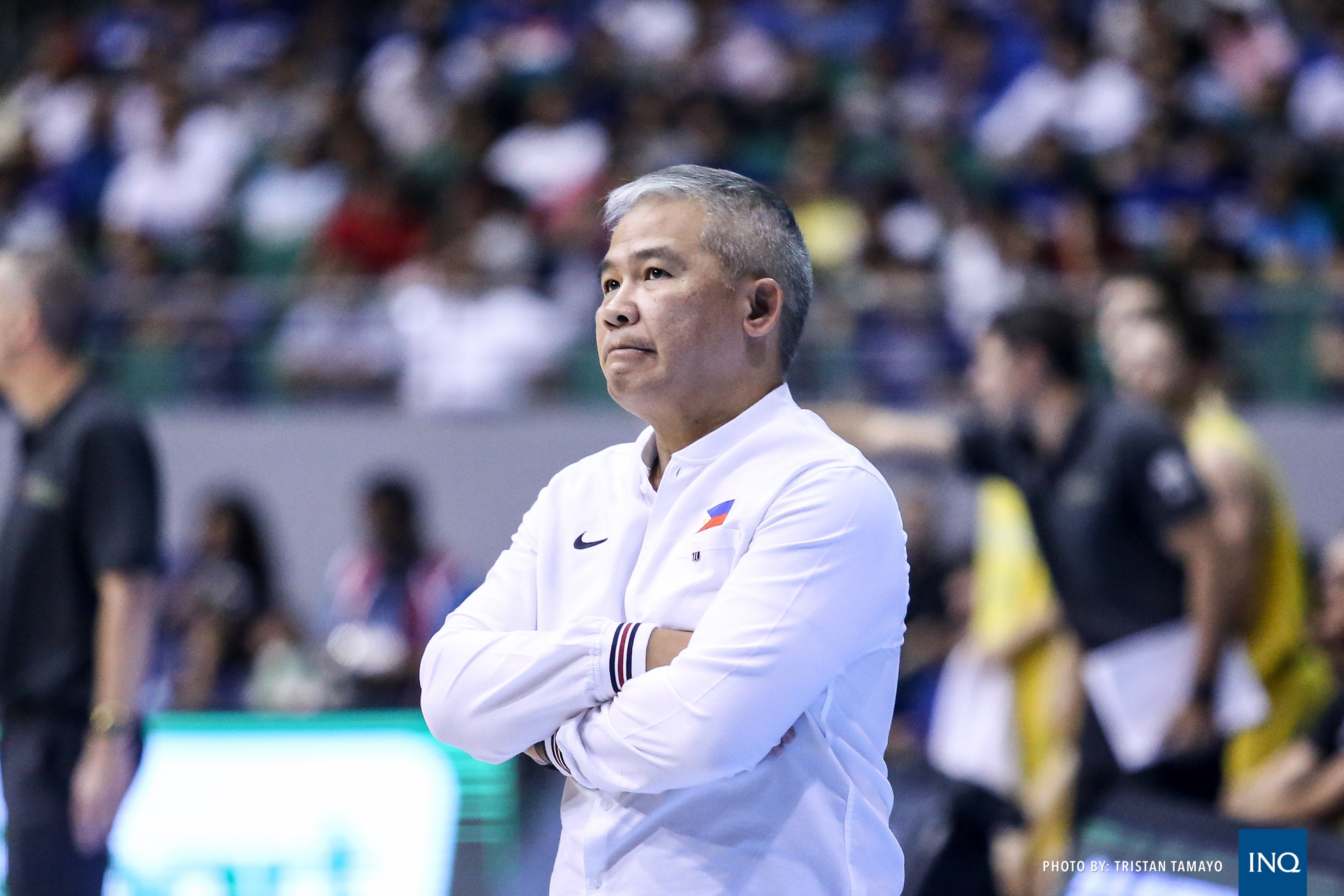 Chot Reyes on Tuesday announced his resignation as head coach of the Philippine men’s basketball team.

In a lengthy post on his Twitter account, Reyes said now is the time for him “to step aside and contribute in a different capacity” as he sets his sights on the 2023 program.

Reyes had two tenures at the helm of Gilas Pilipinas. His first foray into the Gilas program ran from 2012 to 2014 before returning and taking Tab Baldwin’s place in 2016.

READ: Back to ‘Team Pilipinas’ for national basketball team under Guiao

Under Reyes, the Philippines won the silver medal in the 2013 Fiba Asia Championship and booked a ticket to the 2014 Fiba World Cup for the first time in 40 years.

In the 2014 Asian Games, Reyes took flak for the Philippine team’s attempt to shoot at its own basket against Kazakhstan.

READ: ‘Miracles can happen’ with Guiao as Asian Games coach

Two months ago, Reyes was slapped with a one-game suspension and fined CHF 10,000 (P534,834) by Fiba for “inciting unsportsmanlike behavior” in the ugly brawl between Gilas and Australia at Philippine Arena in Bocaue, Bulacan.

Reyes’ suspension paved way for Yeng Guiao to coach the Philippine team in the 2018 Asian Games in Jakarta, Indonesia where the country clinched fifth place.

Guiao has also been tasked to call the shots for the national team in the fourth window of the Fiba World Cup Asian Qualifiers beginning on Thursday against Iran.