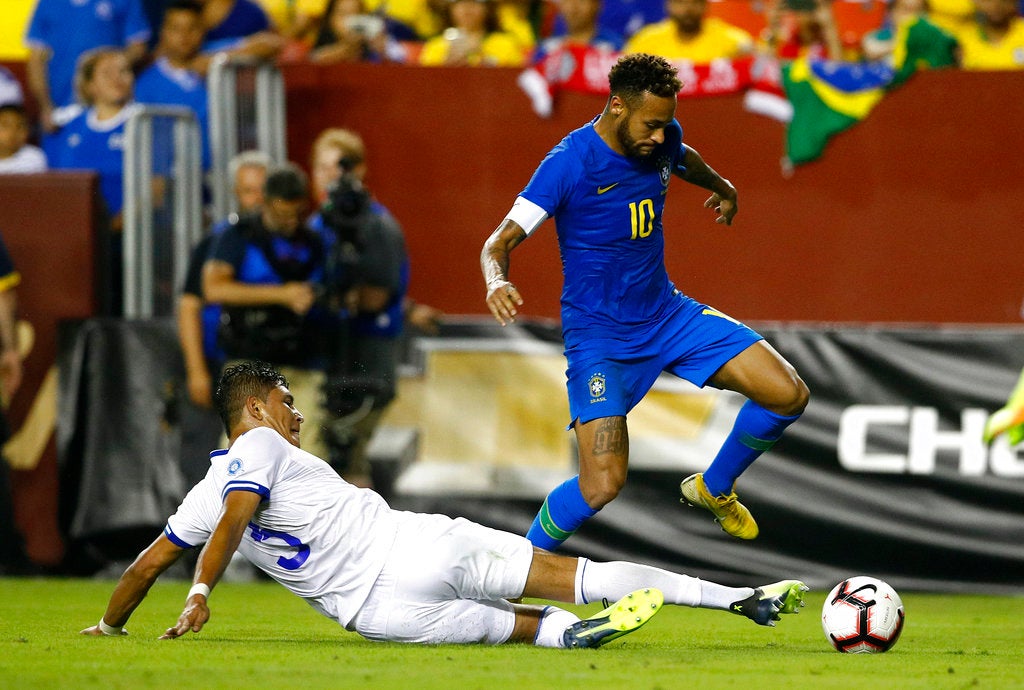 LIVERPOOL, England — Facing fresh vilification for his diving, Neymar should find a more sympathetic audience in the Champions League this week, even admiration.

“I don’t think he is a person who wants to act,” Liverpool manager Juergen Klopp said ahead of Tuesday’s game against Paris Saint-Germain, “because if you are like that you cannot play the football he plays.”

Given how the Brazil forward can be targeted by opponents, Klopp understands why he might go down too easily.

“When I saw a few games at the World Cup I know people were talking about that when it looked like he made more of a situation than it was,” Klopp said on Monday. “That is a completely normal reaction because players were really going for him and he wants to protect himself and I understand that as well.

“If an opponent gets a yellow card then he is much closer to a red card so I see if from that perspective. I thought it is smart that he saves himself.”

Neymar is making the trip to Anfield for his most high-profile game since the World Cup, where he was ridiculed for some playacting.

“He obviously gets kicked a lot,” said Liverpool captain Jordan Henderson, who was at the World Cup with England. “So he needs to try and use it as best he can.”

Neymar was booked for going down easily under minimal contact in a friendly last week against El Salvador. That incident came despite a post-World Cup apology for some of his exaggerated reactions after being fouled in Russia, where he rushed back into action three months after breaking a foot.

“We don’t go for him against us,” Klopp said. “We play football and we want to win the ball. We don’t try to act in these kind of things; we try to avoid passes to him, try to avoid him winning challenges which is a big job to do.

“I am not sure if it is 100 percent possible to avoid his qualities. I am pretty sure it is not. He is a fantastic footballer, an outstanding player.”

Neymar is also well rested for PSG’s group-stage opener in the Champions League. PSG’s squad is so strong that Neymar — and Kylian Mbappe — were left out of the team last Friday and Saint-Etienne was still beaten 4-0.

“He will be 100 percent fresh for us,” Klopp said. “He is not injured anymore, so we will see the full Neymar football package.”