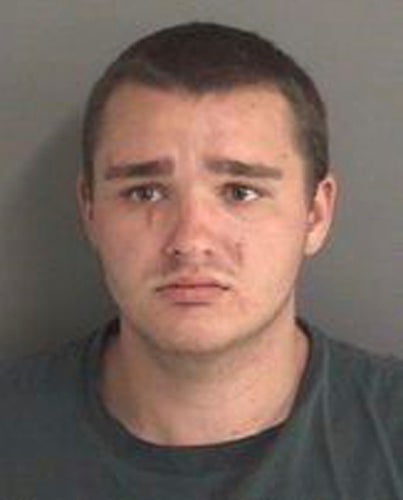 AMES, Iowa — A man has been charged in the killing of a champion golfer from Spain, after the Iowa State University student’s body was found at a golf course in central Iowa.

Police said in a news release that Celia Barquin Arozamena was found dead Monday morning at Coldwater Golf Links in Ames. Officers determined the 22-year-old woman had also been assaulted.

Police were called to the golf course around 10:20 a.m. Monday after golfers found a golf bag with no one around it. Officers found a body some distance from the bag. Investigators have released no information on how Barquin died or whether she knew Richards. Police said Richards has no known address.

Barquin was the 2018 Big 12 champion and Iowa State Female Athlete of the Year. The university said the native of Puente San Miguel, Spain, was finishing her civil engineering degree this semester after exhausting her eligibility at Iowa State in 2017-2018.

She was one of the most accomplished players in Cyclone golf history, the university said. In April, she became the second women’s golfer at Iowa State to earn medalist honors at a conference tournament when claiming the 2018 Big 12 Championship. She did it with a three-shot victory.

Barquin, who was ranked No. 69 nationally by Golfweek, ended her career as a Cyclone with a fourth-straight NCAA Regional appearance and earned All-Big 12 Team honors for the third time — the second player in Iowa State’s history to do so.

She became the third Cyclone women’s golfer to compete in the U.S. Women’s Open Championship, the university said. The team announced Tuesday it was pulling out of the East & West Match Play in Ann Arbor, Michigan, to be with friends and family and to grieve their loss.

Iowa State President Wendy Wintersteen said in a statement on Twitter that she was “deeply saddened to learn of the tragic death” of Barquin, describing her as a “dedicated civil engineering student” and an “acclaimed golfer with a bright future.”

Head women’s golf coach Christie Martens said in a release that Barquin was “loved by all her teammates and friends” and was an “outstanding representative of our school.”

“We will never forget her competitive drive to be the best and her passion for life,” Martens said. /kga

Read Next
IOC signs insurer Allianz as Olympic sponsor from 2021-28
EDITORS' PICK
EDITORIAL: To a bike-friendly future
House energy committee chair Arroyo bats for cheap electricity
Pagasa: Warm, sunny Sunday in most parts of PH
Is it safe to talk politics again at family gatherings? ‘The Reconciliation Dinner’ shows us what that’s like
vivo’s coming to town to grant wishes with more holiday promos
The Best Tech Gifts For The 2022 Holidays
MOST READ
LOOK: Vhong Navarro transferred to BJMP detention facility in Taguig
The Elephant Man in the Senate
Posh village as ‘shabu’ haven
LOOK: Zanjoe Marudo bonds with Ria Atayde, her family
Don't miss out on the latest news and information.