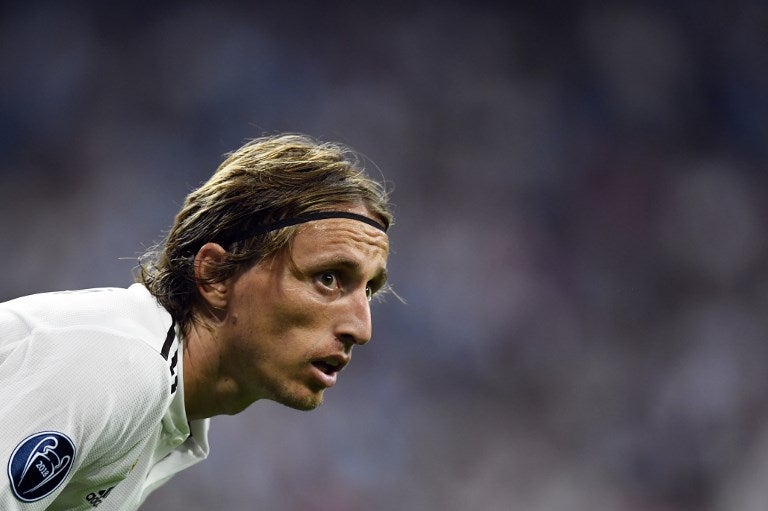 Cristiano Ronaldo and Lionel Messi’s decade-long domination of football’s individual awards is under threat from Real Madrid and Croatia midfielder Luka Modric and Liverpool’s Egyptian forward Mohamed Salah when FIFA’s player of the year is announced on Monday.

For the first time in 12 years Messi is not even nominated among the three finalists for the award after early exits for Argentina at the World Cup and Barcelona in the quarterfinals of the Champions League.

Both Messi and Ronaldo have won FIFA’s award in different guises five times each, and the Portuguese can move out on his own after winning a third straight Champions League title with Real Madrid before heading for pastures new with Juventus in July.

For a sixth straight season, Ronaldo was the Champions League’s top scorer with 15 goals and also scored four times at the World Cup, including a hat-trick against Spain in a thrilling 3-3 draw to open Portugal’s campaign.

However, Portugal’s last 16 exit to Uruguay in Russia and Ronaldo’s failure to score in the semi-finals or final of the Champions League has opened the door for Modric.

‘The year of Luka’

Croatia’s captain was an inspirational figure as they surpassed all expectations to reach the World Cup final and also played a big role in Madrid’s Champions League and Club World Cup wins.

“I hope that Luka will be the best player in the world,” Croatia manager Zlatko Dalic told AFP.

“Messi and Ronaldo are fantastic players, but this year is the year of Luka.”

Salah also makes the podium for the first time after an incredible 44-goal debut season for Liverpool that carried the Reds to the Champions League final.

However, a shoulder injury suffered early on in the final robbed him of the chance to help Liverpool lift the trophy and also meant he wasn’t in peak condition to lead Egypt’s World Cup bid.

Despite scoring in each of his two appearances in Russia, The Pharaohs bowed out at the group stage with three defeats.

France’s World Cup-winning coach Didier Deschamps is favourite to win the best coach award ahead of Dalic and former Real coach Zinedine Zidane, who stepped down in June after overseeing three Champions League triumphs in just two and a half years in charge.

Even if they lose out on the best player award, Messi and Ronaldo could walk away with a prize as they are both nominated for the Puskas award for best goal.

The best goalkeeper prize is to be contested by France captain Hugo Lloris, Denmark’s Kasper Schmeichel and Belgium’s Thibaut Courtois, whose World Cup heroics earned him a move to Madrid from Chelsea.

Lyon’s Norwegian striker Ada Hegerberg and German midfielder Dzsenifer Marozsan are joined by Brazilian five-time winner Marta of Orlando Pride in the running for the best women’s player after winning the Champions League with the French giants.