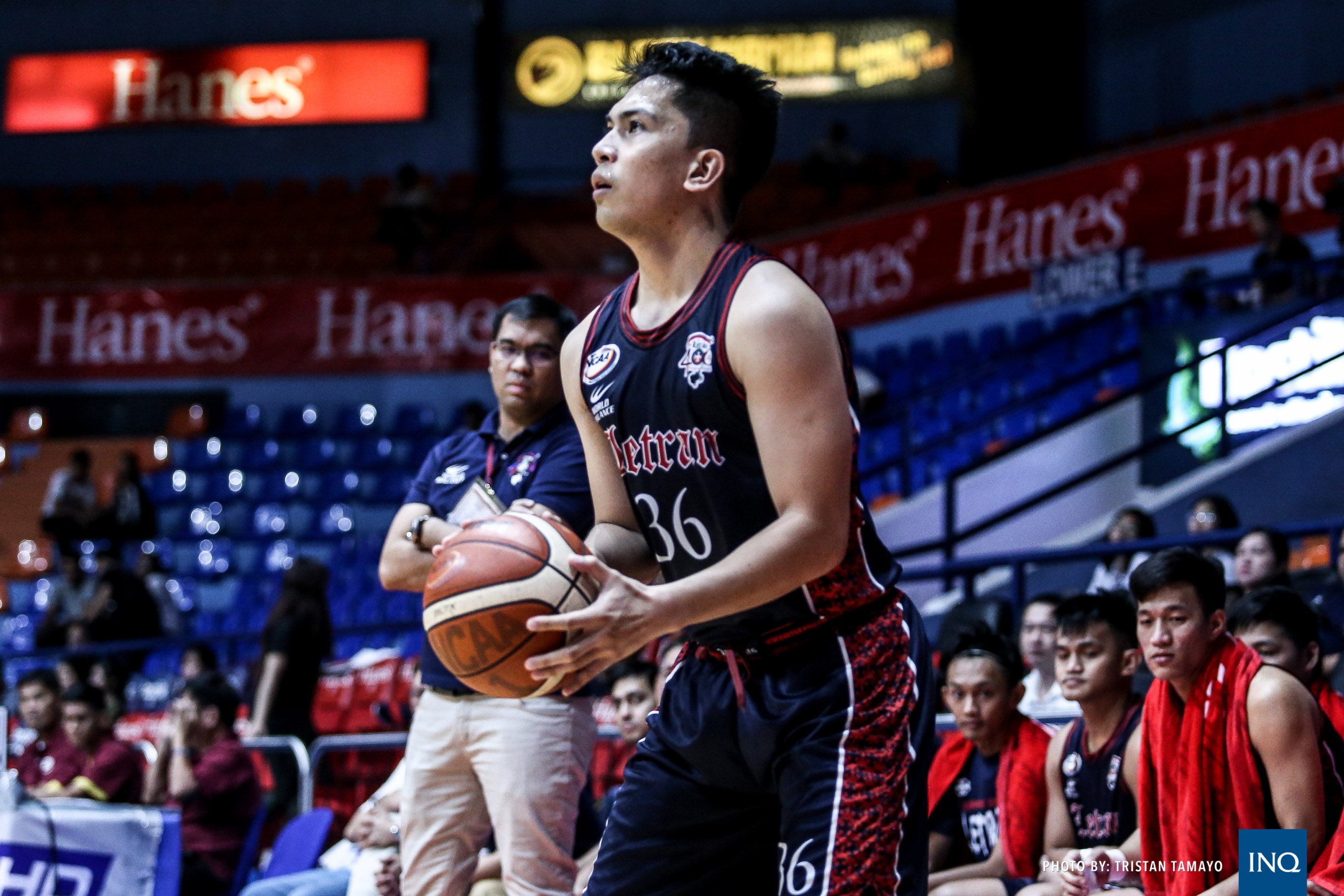 Rookie Koy Galvelo patiently waited for his time and it finally came on Tuesday.

Galvelo was a surprise starter for Letran against Emilio Aguinaldo College and the guard made the most of his rare opportunity, scoring 12 of his 15 points in the first half.

“As a rookie, of course I needed to step up especially with the loss of Jerrick (Balanza),” Galvelo said in Filipino after helping the third-running Knights clobber the Generals, 91-82, for their ninth win in 13 games. “It also helps that my teammates and coaches trust me.”

“Honestly, I waited so long for this time to come. In practice I just kept working on my shooting and tried getting better.”

It only took Galvelo to make his first basket to easily have his best game.

Prior to the game, Galvelo hasn’t scored, going 0-of-7 from the field in all of his previous games combined this season.

He played 13 minutes and 33 seconds against the Generals after logging only 13 total minutes heading into the duel.

Galvelo’s breakout game also came at the right time for Letran with its stars Bong Quinto and JP Calvo having off nights, combining for only 13 points on 4-of-24 from the field.

And it wasn’t just Galvelo, who gave the Knights an offensive boost.

Jeremiah Taladua, who is known for his defense, and Fran Yu also stepped up with 15 and 13 points, respectively.

“For me, coach just always tells me to play good defense and the offense will come,” Taladua, who also had six rebounds, two assists and two steals, said in Filipino.

“We just wanted to repay what coach is giving us,” said Yu, who fired eight points alone in the fourth quarter.

Letran coach Jeff Napa said he wasn’t surprised to see other players coming up big for his team.

“I was really confident that they will step up and luckily, these three gave us instant offense,” Napa said.

“They all know their roles and I was just waiting for them to deliver. “I always remind them to focus on their defense and the offense will come.”