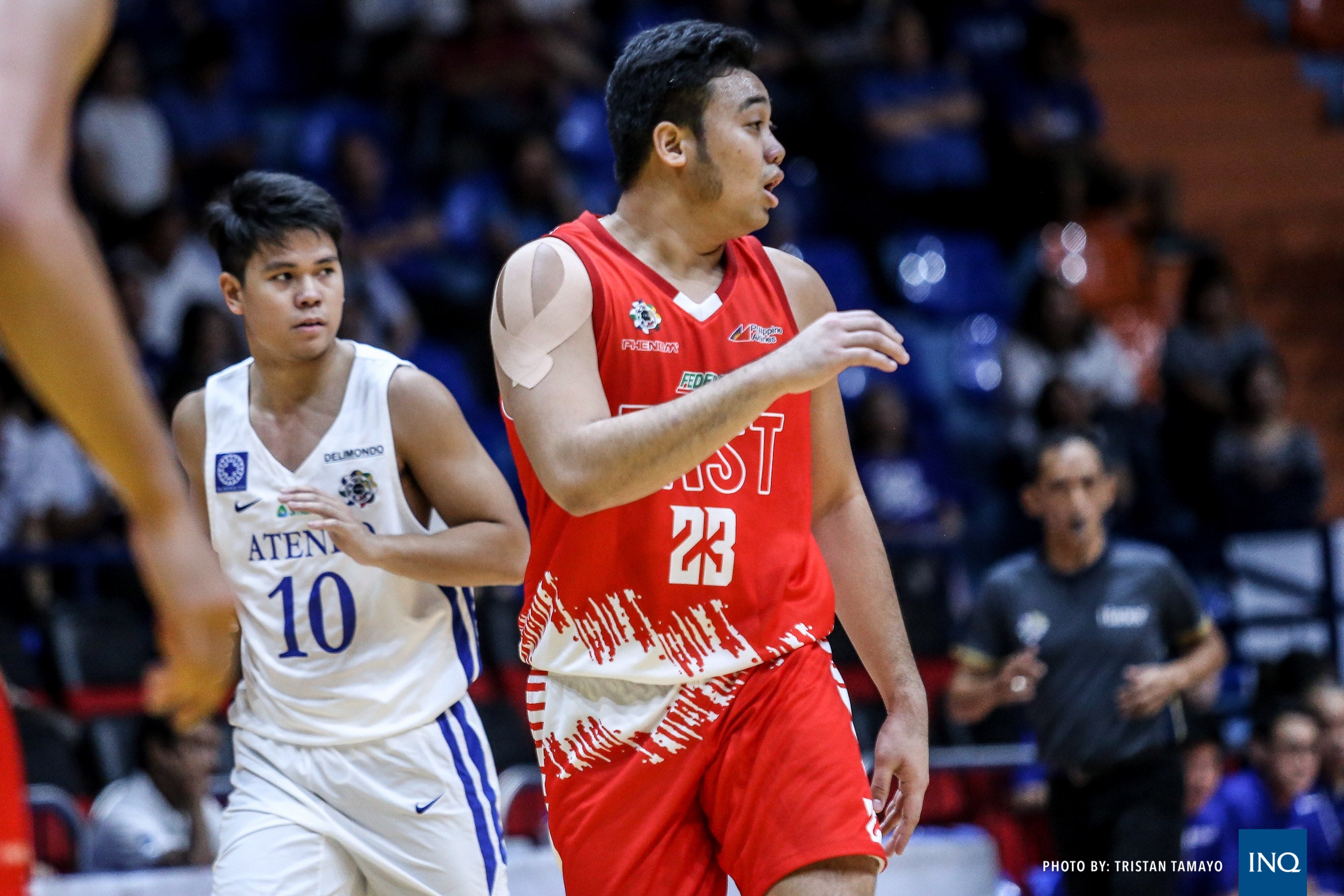 Alvin Pasaol said a few days ago that University of the East hasn’t displayed the kind of effort needed to make an impact in the UAAP Season 81 men’s basketball tournament.

Little did he know that his criticism would eventually bite his behind.

Pasaol, the personification of the heart and soul of UE, was quick to criticize his own performance when his Red Warriors got lambasted by defending champion Ateneo, 89-62, Wednesday at Filoil Flying V Centre.

“I didn’t play well enough, I really lacked the effort,” said Pasaol in Filipino. “We really had a hard time against Ateneo because those guys composed and they really scouted us.”

“I have to score more and distribute the ball even better next time.”

UE is at the cellar of the standings with a sorry 0-4 record after its loss to the Blue Eagles but Pasaol has been spectacular for Red Warriors in their past three games putting up 24 points and 8.6 rebounds.

Against Ateneo, however, Pasaol was limited to just 17 points and eight boards.

“Ateneo had the better patience and that’s why that team is the champion,” said Pasaol.

The Red Warriors’ small third quarter surge was the only semblance of fight UE displayed against Ateneo as the Blue Eagles never looked threatened throughout the match.

ADVERTISEMENT
Read Next
Grizzlies ready to erase painful memories of last season
EDITORS' PICK
2 Chinese nationals arrested in raid on another unlicensed COVID-19 hospital in Pampanga
Duterte approves Metro Manila’s shift to GCQ from June 1 to 15
SM prepares for ‘safe malling’
NBI, Immigration to join hunt for ‘underground’ medical clinics
Notice of 2020 regular meeting of stockholders June 18, 2020
Leveling up your ‘lutong bahay’ with the kitchen companion you never knew you needed
MOST READ
Duterte approves Metro Manila’s shift to GCQ starting June 1
Revillame tells Roque: ABS-CBN is in my heart despite being in rival network
NCR is ready for GCQ — Palace
South Korea virus cases make biggest jump in 50 days
Don't miss out on the latest news and information.