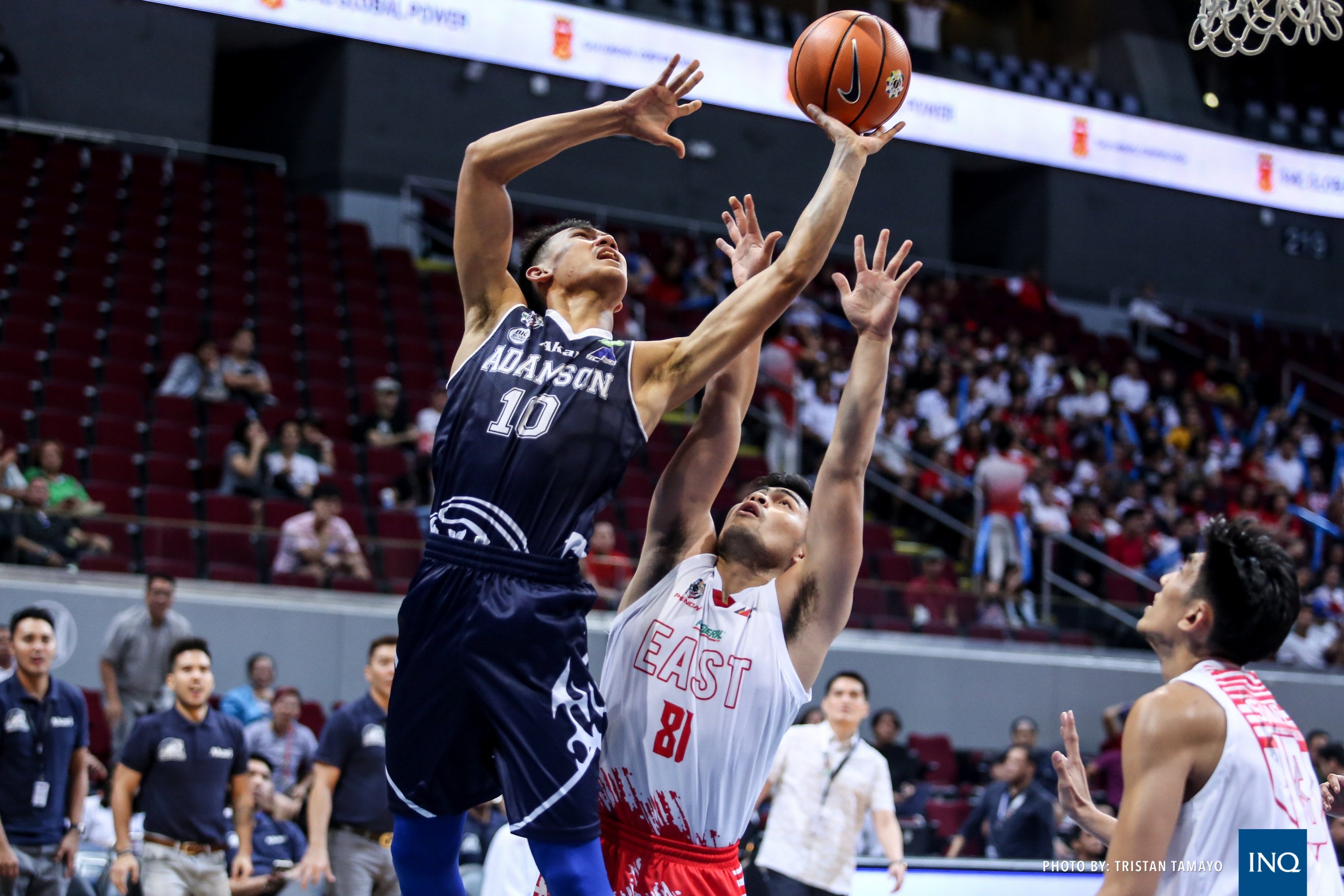 The Adamson Falcons’ game may be far from flawless, but make no mistake about it, coach Franz Pumaren’s team doesn’t seem to run out of heroes in UAAP Season 81.

With their unbeaten streak under threat, the Falcons found an unlikely hero in Simon Camacho to subdue the hard fighting National U Bulldogs, 63-58, Saturday for their fifth straight victory at Filoil Flying V Centre in San Juan.

Three days after Sean Manganti hit a buzzer beater to stun University of the Philippines, it was Camacho’s turn to grab the spotlight, stringing up eight straight points in the final period that allowed Adamson to build enough cushion in the endgame.

“I just wanted to give the team energy,” said the 22-year-old forward who hails from Maragondon, Cavite. “My role in the team is a defensive player so I’m happy that I’m able to convert on offense.”

The Falcons once again showed signs of vulnerability when they allowed the youthful Bulldogs to close in at three points with under a minute remaining before Manganti knocked down pressure packed foul shots with 17.8 seconds left to seal the win.

Pumaren was a picture of relief after another heart-stopping victory littered with several gaffes from his team.

“We’re just lucky that we survived that ambush,” said Pumaren. “We made a lot of mistakes and we made it difficult on ourselves again.”

Relentless from start to finish, Ateneo overwhelmed University of Santo Tomas, 85-53, in the other game for its most lopsided win of the season in the second game.

Angelo Kouame went perfect from the field, going eight-for-eight on his way to a career-best 20 points on top of 14 rebounds and five blocks.

Much like UP, Pumaren expected the Bulldogs to come out strong after losing to Ateneo last week.

“Basically like what I anticipated, in the game against UP, coming from a bad game they really played hard, same thing with NU,” said Pumaren. “They had a one week game preparation for us and I anticipated that they’ll be coming out strong.”

But Pumaren is glad that a player like Camacho is seizing his moment after earning minutes in practice.

“That’s why we give opportunities to players,” said Pumaren. “In my team, its friendly competition. You earn the minutes, you get your spot.”

As for the 6-foot-4 Camacho, he is just happy to get his chance, after almost putting his collegiate basketball dreams on hold the past few years.

“I had given up on basketball because I was already on my third year and I have yet to make an impact,” said Camacho, now working on his masters degree in business administration. “There were coaching changes and I was scared I won’t make the cut with coach Franz. But I worked hard.”