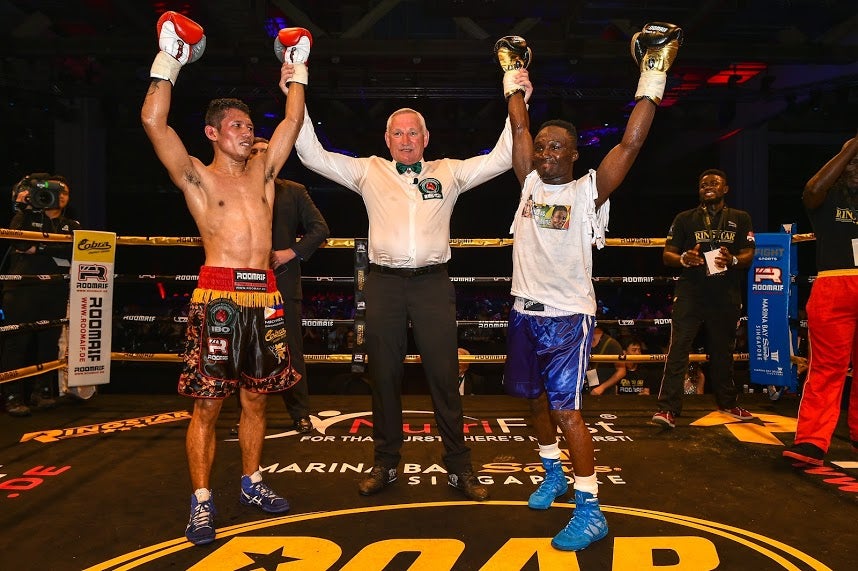 Reigning IBO bantamweight champion Michael Dasmariñas escaped an upset with a split draw against undefeated Ghanian prospect Manyo Plange in a non-title bout on Saturday in the Roar of Singapore 5 at Marina Bay Sands in Singapore.

Dasmariñas got a surprise challenge from the feisty Plange, who was fearless and showed little respect for the champion from the opening bell.

It was Dasmariñas’ third straight fight in Singapore after knocking out Frenchman Karim Guerfi in the fourth round to win the belt five months ago and also scoring a stoppage over Thai boxer Worawatchai Boonjan late last year.