Osaka into China Open semifinals with win over Zhang 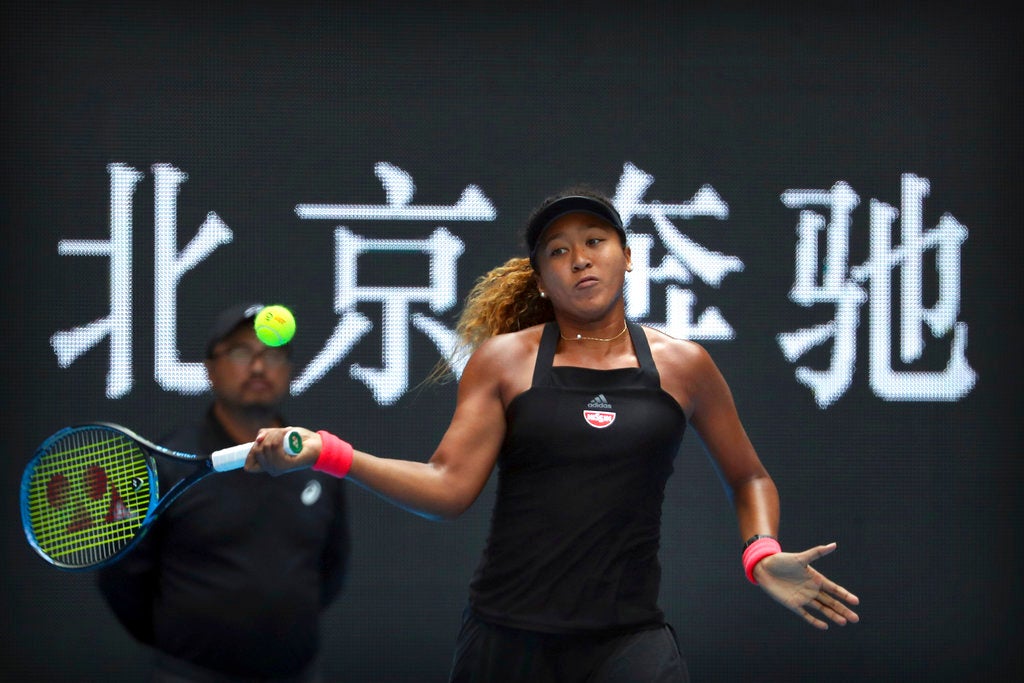 Naomi Osaka of Japan hits a return shot while competing against Zhang Shuai of China in their quarterfinal women’s singles match in the China Open at the Lotus Court in Beijing, Friday, Oct. 5, 2018. (AP Photo/Mark Schiefelbein)

BEIJING — Naomi Osaka powered into the semifinals of the China Open on Friday with a come-from-behind 3-6, 6-4, 7-5 win over hometown favorite Zhang Shuai.

The U.S. Open champion repeatedly found the net in the first set before regaining her rhythm, taking Zhang to five break points in the first game of the second set to help turn the tide of the match.

Osaka faced frustration in the third set as Zhang, cheered on by the Chinese crowd, ran to a 4-1 lead, but Osaka battled back for the win.

Following the match, the Japanese player praised her opponent saying, “It was really hard to play against her here.”