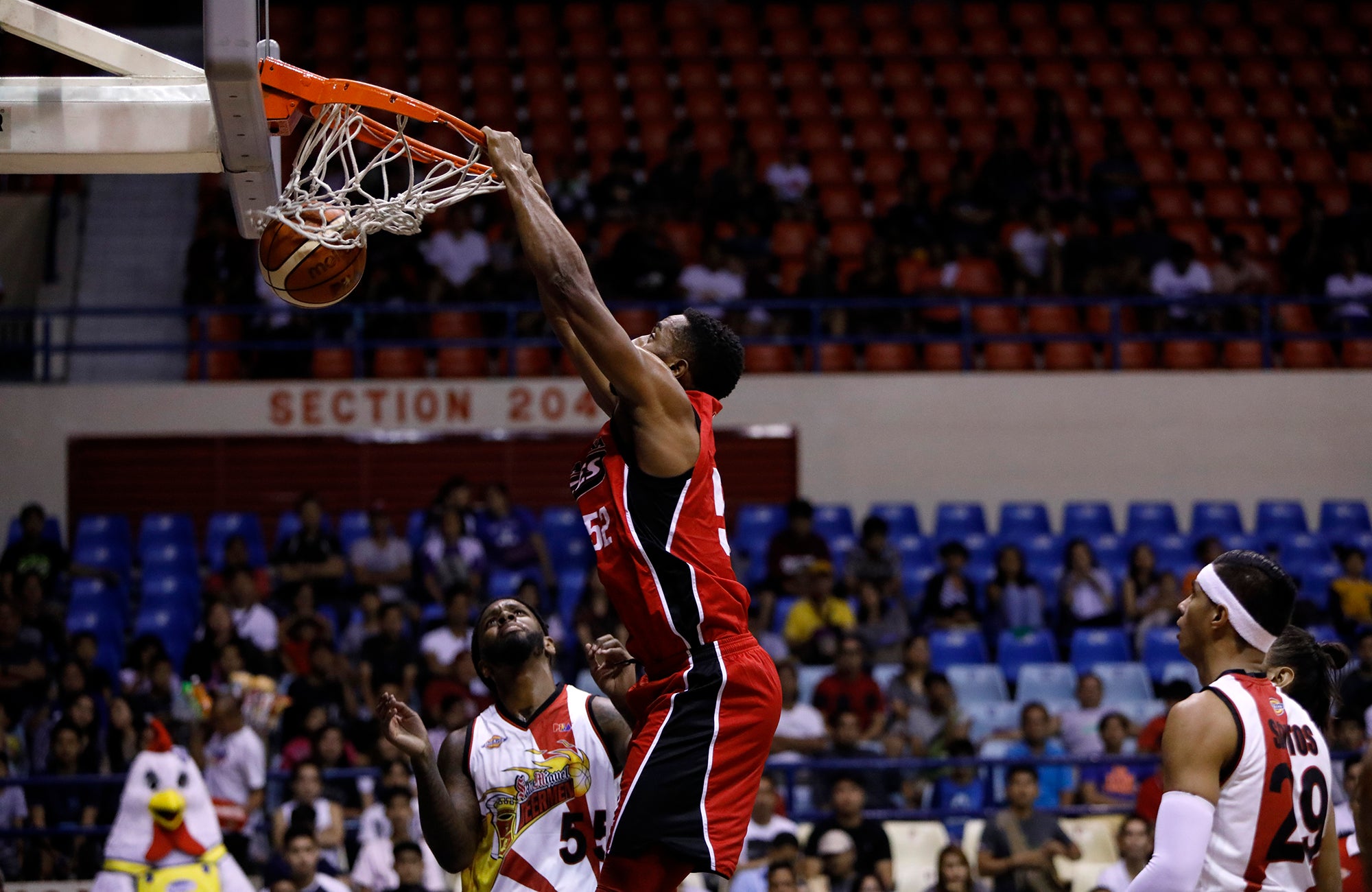 Harris recorded his second straight 30-20 game with 36 points and 23 rebounds just three nights after putting up 39 points and 25 rebounds in a 106-89 rout of Rain or Shine.

“You look at all of them (Beermen), I’m so happy to get away with a win,” said Alaska head coach Alex Compton, who marvelled at San Miguel’s lineup particularly big man Christian Standhardinger and Kevin Murphy. “Our ball movement as good and we made our shots.”

“I don’t know what Mike Harris’ stats are but he was awesome. He’s been such a force,” said Compton, whose squad tied Magnolia and Blackwater in second place with a 5-1 card.

But it wasn’t all Harris for the Aces, who personified what team basketball is about with 33 assists on 36 made field goals.

Chris Banchero also posted a double-double with 15 points and 12 rebounds while Vic Manuel added 20 points, including a breakaway layup to cap an 11-5 spurt that put Alaska ahead by 10,  123-113, with only 1:45 remaining.

Simon Enciso waxed hot anew with 18 points on 6-of-11 shooting from long range for the Aces, who went 14-of-26 overall from deep and shot 54 percent from the field.

Murphy followed up his 37-point performance in his PBA debut with 45 points on 17-of-31 shooting from the field while Standhardinger had 28 points and 13 rebounds.

But their efforts were still not enough as the Beermen reeled to their third loss in a row to fall to 2-4.