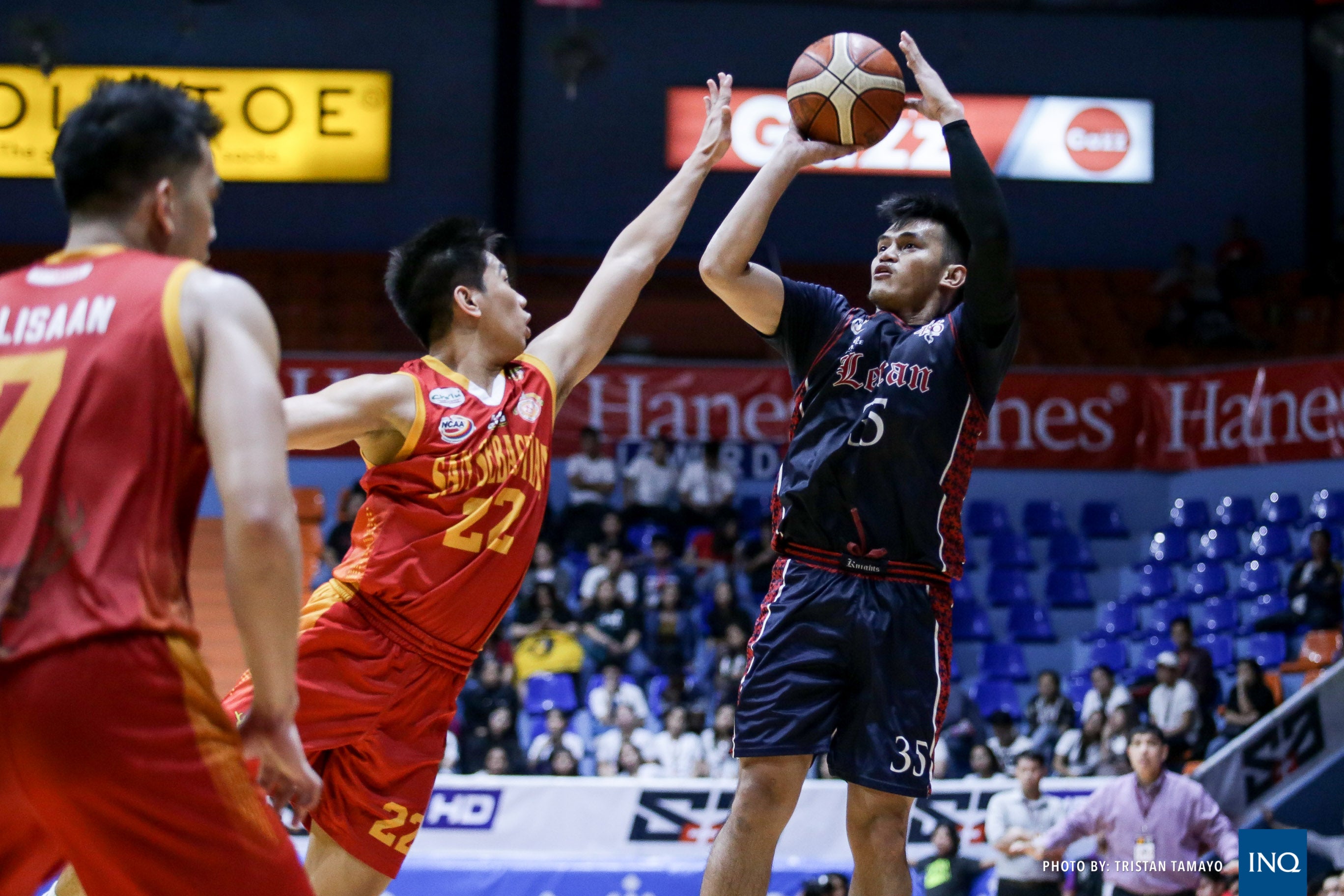 The Knights, who improved to 14-4, booked a trip to the semifinals for the first time since winning the title in 2015.

“Of course, we’re thankful but this we’re not done yet. We still have two games yet and we need to work hard for it before we go to the Final Four,” said Letran head coach Jeff Napa in Filipino. “We need to take care of business first and rest assured, we will work hard.”

Larry Muyang posted a double-double with 15 points and 13 rebounds while Bonbon Batiller had 15 points, 10 coming in the first half where the Knights took control with a 42-25 halftime lead en route to a wire-to-wire victory.

The Stags showed some fight to end the third quarter behind RK Ilagan, who scored nine of his 13 in that period alone, including a jumper that made it a seven-point game.

Letran regrouped quickly and responded with a 13-2 blast capped by as basket by Batiller to regain an 18-point lead, 72-54, with 5:45 remaining.

The Knights, who matched a season-high with 27 assists, rolled to their fifth straight victory.

Michael Calisaan paced the Stags, who fell to 4-12, with 16 points and nine rebounds.