NU gets UAAP badminton five-peat after another perfect season 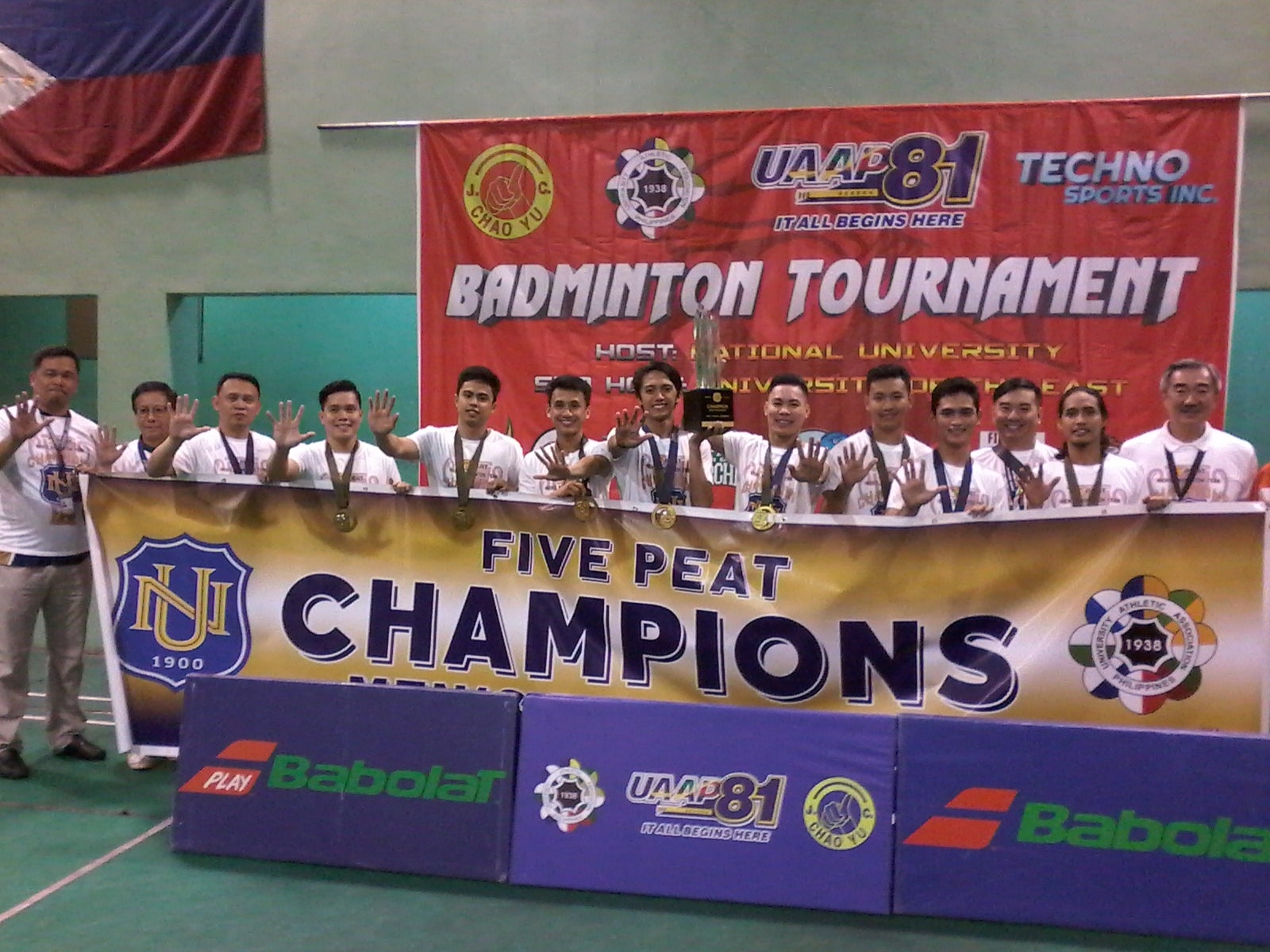 National University became the most successful men’s badminton program after capturing their fifth straight championship Friday in the Season 81 tournament.

The Bulldogs capped another perfect season with a 3-0 romp of University of the Philippines in Game 3 of the Finals, extending their streak to 43 ties dating back from 2014.

“We have a great team bonding. This is our final year so I really pushed to get the our goal of five-peat. This win is for NU,” said Mike Minuluan, one of the five graduating players who claimed the season MVP honors.

“We just helped each other. It’s all about teamwork,” he added.

The Bulldogs have won six championships overall in the last seven seasons.

Alvin Morada and Alem Palmares then sealed the title for the Bulldogs by beating Betong Pineda and Harvey Tungul, 21-15, 21-17, in the first doubles.

Morada and Palmares, also in their final year in NU, are previous MVP winners.

Kyle Legaspi, who carried UP to its second straight Finals appearance by winning the deciding singles in their step-ladder duel with Ateneo, was named the Rookie of the Year.