Pounded by their fierce rivals, Archers come up with a statement win over Falcons
By: Cedelf P. Tupas - Reporter / @cedelfptINQ
Philippine Daily Inquirer / 05:12 AM October 14, 2018 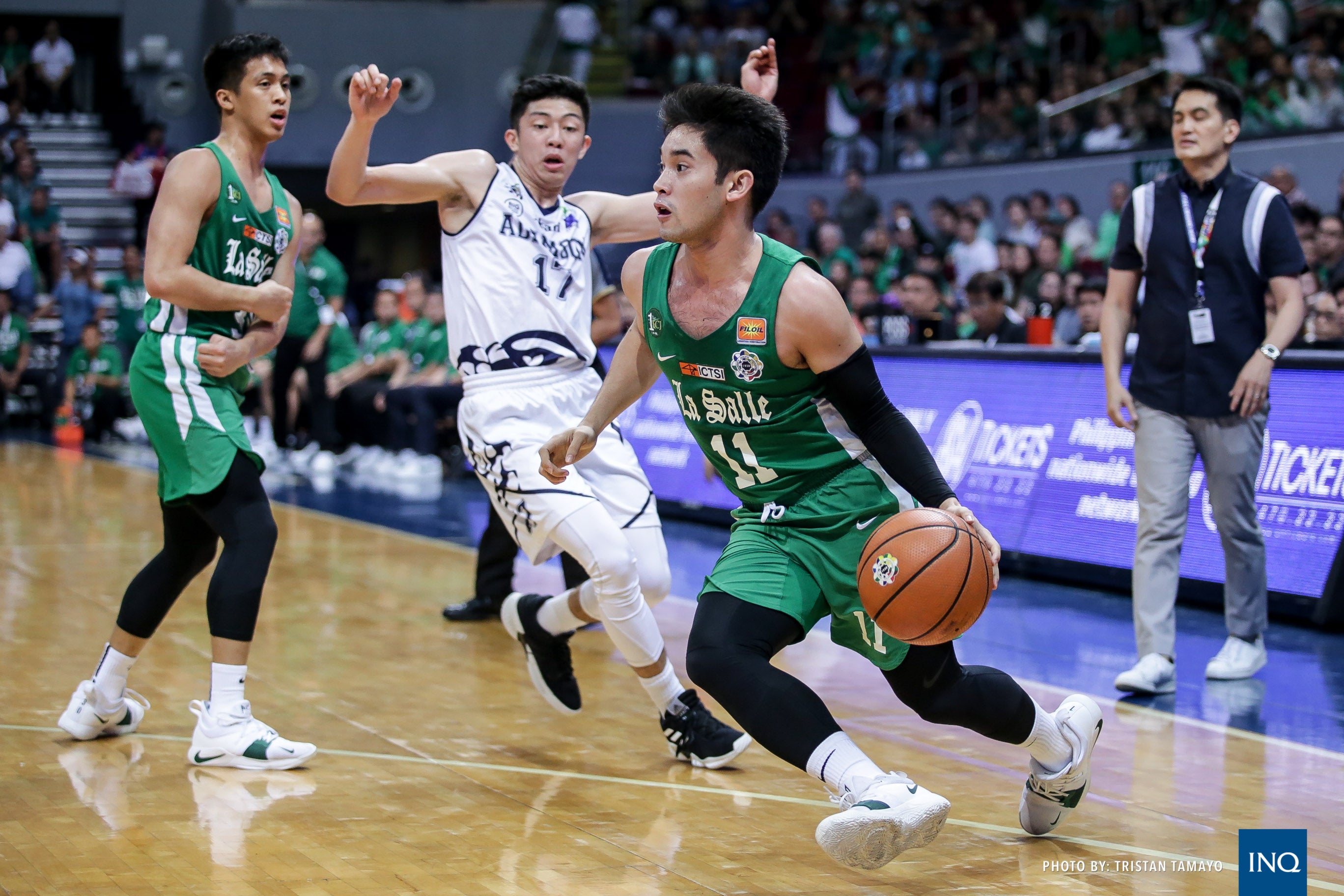 Their pride pricked following a crushing defeat to their fierce rivals last week, the La Salle Green Archers provided a quick reminder that they should never be counted out in UAAP Season 81.

With Aljun Melecio and Santi Santillan hitting the biggest shots down the stretch, the Archers closed out a roller coaster first round on a high after stunning the Adamson Falcons, 79-78, in overtime Saturday night at MOA Arena.

Melecio, the pint-sized playmaker, who never shies away from the big moments, fired 22 points, including nine in the fourth quarter and in overtime, while Santillan, Justin Baltazar and Kib Montalbo helped seal the thrilling victory that also created a logjam at the top.

At the heels of a 71-55 loss to Ateneo last Oct. 6, the Archers showcased their finest performance of the season to finish in the upper half of the standings with a 4-3 card.

“We’re right on track,” said La Salle coach Louie Gonzales. “This was a game that boiled down to preparation. For the past week, after that loss to Ateneo, we went back to basics and checked our system and we made sure we were learning from the Ateneo game because this is the end of the first round already and we should be competing already.”

The Falcons’ second straight loss made Far Eastern U the top team of the first round via a superior quotient, even if the Tamaraws share the same 5-2 card with Adamson and Ateneo.

Earlier, National U relied on a breakout performance from rookie John Lloyd Clemente to overpower University of the East, 88-61, and close out the elimination round with a 2-5 card for seventh spot.

Clemente, the former high school star, notched 21 points, while brothers Dave and Shaun Ildefonso combined for 26 points for the Bulldogs, who led by as many as 31 points on their way to snapping a five-game slide.

“It feels good to get a win,” said NU coach Jamike Jarin, whose first and only win before last Saturday came last Sept. 8 at the expense of University of Santo Tomas. “I expect the team to get better in the second round.”

Melecio forced overtime with a floater with 13.8 seconds remaining, completing the Archers comeback from seven points down in the fourth quarter.

La Salle held Adamson scoreless in the first three minutes of overtime for a comfortable 69-62 edge, before the Falcons mounted a late charge that ultimately fell short.