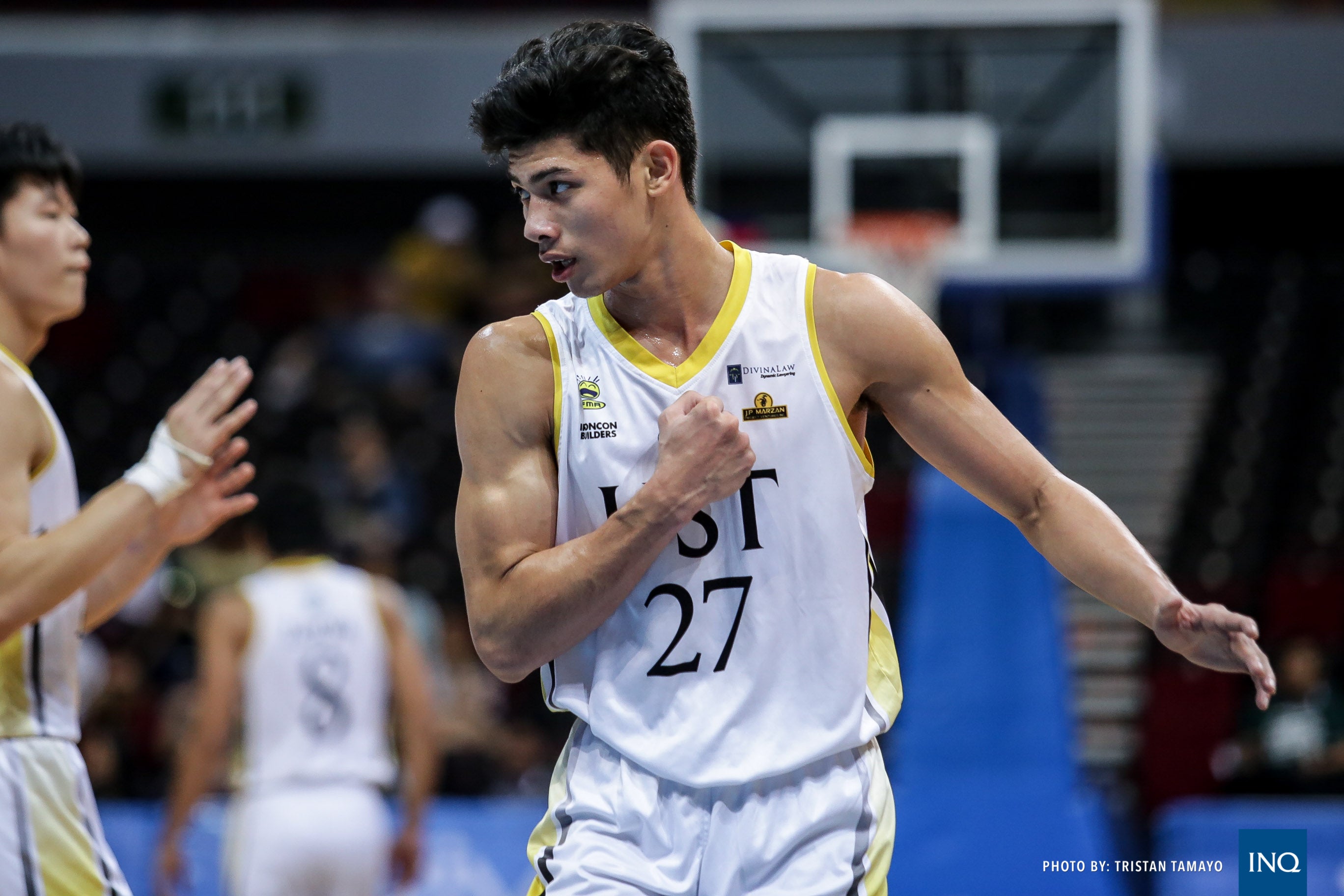 University of Santo Tomas’ wunderkind placed seventh in the MVP race after the first round, accumulating 57.4286 statistical points with averages of 14.3 points, 9.4 rebounds, and 2.9 assists in the Growling Tigers’ first seven games of the season.

The former UAAP juniors’ MVP was flattered that he was even part of the race and he felt his hard work is slowly paying off in the collegiate field.

“Of course, I was surprised because this is already the seniors’ division,” said Cansino, a frontrunner to win the Rookie of the Year award, in Filipino after UST’s 78-70 win over Far Eastern University Sunday at Mall of Asia Arena.

“I feel like my extra work in practice is paying off because it’s been showing in my performance,” said Cansino. “I think the MVP race is more motivation for me to play harder next game.”